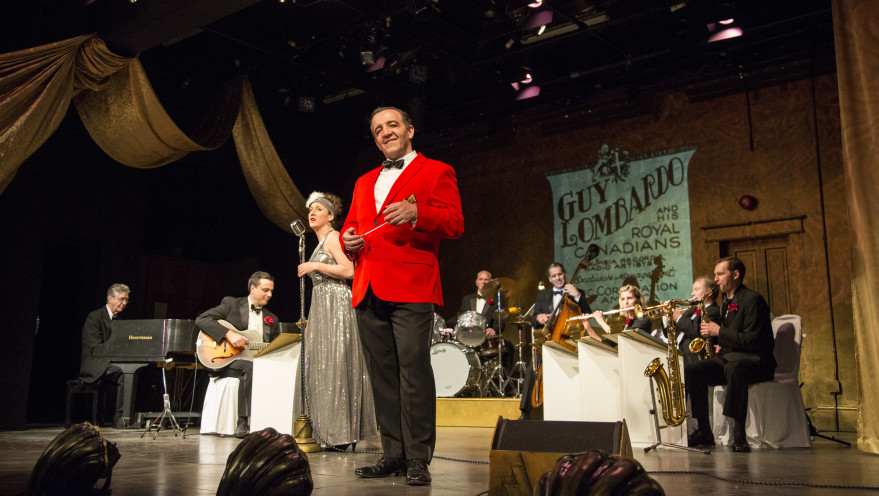 Sweetest Music this Side of Blyth

I’m old enough to remember Guy Lombardo and his Royal Canadians bringing in the New Year from glitzy New York City. It was an annual ritual in our family every year — as it was for millions of people around the world for half a century, beginning with America’s first nationwide New Year’s Eve radio broadcast in 1929.

I remember the satiny dance band’s calling card — ‘the sweetest music this side of Heaven.’ And I knew the phlegmatic bandleader and his three brothers, Carmen, Lebert and Victor, as well as other musicians in the band, came from my hometown of London, Ontario.

In fact, a family friend who attended elementary school with the Lombardo Boys dined for years on the tale that he took the fall, and was subsequently strapped by the principal, for a schoolyard misdemeanour committed by Guy.

By the time I was old enough to appreciate a little something of music, the Royal Canadians were old hat, yesterday’s news, despite their New Year’s Eve ubiquity.

I was simply too young to have known about the band’s colourful history including making the rounds of southwestern Ontario dance halls including Grand Bend and Port Stanley, playing gangster-owned nightclubs in Prohibition Chicago, selling between 100 and 300 million records when the phonograph was king and pioneering radio and television variety programs. I had no idea Guy and his Royal Canadians were once viewed as musical innovators, respected by everyone from Louis Armstrong to the Gershwins and treasured as colleagues by Sophie Tucker, the Andrews Sisters and Bing Crosby.

I had no idea that before legendary Bob Hayward drove his famous hydroplane Miss Supertest to premature death, Lombardo was a champion speedboat racer steering a series of Tempo models to victory after victory.

For these revelations — not to mention a thoroughly enjoyable couple of hours of musical theatre — I have David Scott to thank. I caught the world premiere of Mr. New Year’s Eve: A Night with Guy Lombardo at the newly renovated Blyth Memorial Hall. It’s the third offering — including There’s Nothing in the Paper and The Ballad of Stomping’ Tom — by the London-based playwright I’ve enjoyed at Blyth. 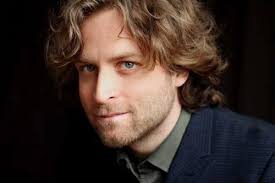 Festival artistic director Gil Garratt, who directs, and musical director George Meanwell deserve full marks for giving shape to a theatrical collage that might otherwise have come apart at the seams.

The play is a string of period songs — Coming Through the Rye, After You’ve Gone, It Had to Be You, How’re You Goin’ to Keep ’em Down on the Farm, Melancholy Baby, I’m Just Wild About Harry, Blue Skies (Smiling at Me) and, of course, Auld Lang Syne — held together by narrative threads that stitch the story of Lombardo and the band he conducted from 1924 through 1977.  It’s a surprisingly intriguing story, well told. 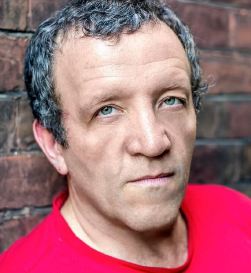 Ron Kennell, who I recall from his seasons at the Stratford Festival from 2003 to 2008, does a fine job putting flesh on the bones of Guy Lombardo.

Rebecca Auerbach returns to the festival for her seventh season to show off her fine voice as the lead female vocalist.

The seven-piece band — including Klaus Anselm, Jason Chesworth, Nathan Howe, J.D. Nicholsen, and James Thomson in addition to Meanwell — is more than a conventional on-stage ensemble. It’s a composite character with the musicians playing supporting roles including Carmen, Lebert and Victor, as well as the unforgivingly stern Lombardo paterfamilias. Flautist Birgitte Solem doubles as Lilliebelle Glenn, Guy’s wife of 50 years.

In addition to music and text, the production features Beth Kates’ backdrop projection of archival footage of Lombardo and the band, such period stars as Al Jolson and newsreels.

The play ends on a deliberately minor key, explaining that London City Council closed the Guy Lombardo Museum in 2007 because of low attendance and declining revenues. I can understand that Lombardo might not have been a sufficient draw, but instead of closing why didn’t the city expand the facility to celebrate and commemorate its many sons and daughters who made a splash in showbiz? Talk about lack of imagination!

These could include: actors Hume Cronyn (husband of Jessica Tandy), Gene Lockhart (of Blondie), Bert and Joe Niosi (of Happy Gang), Kate Nelligan, Victor Garber, Ryan Gosling, Lolita Davidovich, TV and film writer/director Paul Haggis, Jack L. Warner (co-founder of Warner Bros Studios); Country Hoedown and HeeHaw alumnus Gordie Tapp, country singer Tommy Hunter, singer/songwriters Colleen Peterson and Laura Smith; musicians Garth Hudson (The Band), Rob McConnell (Boss Brass), Skip Prokop (Lighthouse), even Justin Bieber (born in London, but raised in Stratford, as we all know). These are a few of the most obvious. There are others — such as actors and directors Tom McCamus, Stephen Ouimette, Martha Henry and late Robin Phillips; folk artists Stan Rogers and Willie P. Bennett — who have strong ties to London. The list is both lengthy and impressive.