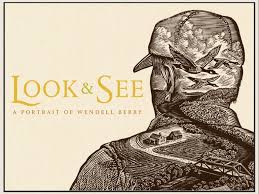 Seeing a World in a Grain of Agrarian Sand

I’ve spent a pleasurable summer in companionship with Henry David Thoreau as homage to the bicentenary of his birth on July 12, 1817.

In addition to sauntering through Walden, A Week on the Concord and Merrimack Rivers, The Maine Woods and Cape Cod and selections from his monumental Journal, essays, letters and poetry, I have enjoyed a trio of excellent biographies including Henry Thoreau: A Life of the Mind by Robert D. Richardson Jr., Natural Life: Thoreau’s Worldly Transcendentalism by David M. Robinson and Laura Dassow Wall’s hot-off-the-press Henry David Thoreau: A Life.

Wendell Berry at his writing desk

Gratefully, the literary gods continue to smile upon me. As summer crept along under constant storm clouds, throwing a wet blanket on my fly fishing intentions, I received word from John Tutt that Look & See, a new documentary on Wendell Berry is coming to Waterloo’s Original Princess Cinema on August 30.

Even while I dreamed I prayed that what I saw was only fear and no foretelling,
for I saw the last known landscape destroyed for the sake
of the objective, the soil bludgeoned, the rock blasted.
Those who had wanted to go home would never get there now.

So happens Berry is one of my favourite contemporary writers. I have in my personal library a quarter of the 70 odd books he’s written in the past six decades spanning novels, short stories, essays, literary criticism and poetry. While I’ve read most of them over the past 25 years, I eagerly anticipate a pleasurable autumn spending time with a writer who, among other things, is a true literary/intellectual/moral/spiritual descendant of Thoreau.

Like the Bard of Walden before him, Berry brings an attentive eye and inquisitive mind, along with a poet’s gift of description, to the environment around him and, in the process, celebrates a life lived in reverential communion with this Good Earth while addressing the most urgent cultural problems of the day.

I visited the offices where for the sake of the objective the planners planned
at blank desks set in rows. I visited the loud factories
where the machines were made that would drive ever forward
toward the objective. I saw the forest reduced to stumps and gullies; I saw
the poisoned river, the mountain cast into the valley;
I came to the city that nobody recognized because it looked like every other city.
I saw the passages worn by the unnumbered
footfalls of those whose eyes were fixed upon the objective.

Subtitled A Portrait of Wendell Berry, the documentary is obviously a labour of deep respect for director/producer/editor Laura Dunn. The film’s executive producers are a couple of Hollywood legends: Oscar-nominated director Terrence Malick and Robert Redford, who directed one of my very favourite films, A River Runs Through It.

Happily, Look & See has a creative connection to southwestern Ontario. The film’s poster and framing chapter illustrations were done by Wesley Bates, one of Canada’s most accomplished wood engravers. Bates — who talks of visiting Berry the first of numerous times in his creative memoir In Black & White: A Wood Engraver’s Odyssey — has agreed to attend the 7:30 pm screening at the Original Princess.

I first met the engraver in 2001, when he was artist-in-residence at Kitchener’s Joseph Schneider Haus. I later visited him at his storefront gallery/studio on the main street of Clifford, Ontario. We’ve kept in touch through succeeding years. I’m impatiently waiting for him to finish a graphic novel devoted to fly fishing, a passion we share.

The painter/printmaker/book maker and I also share an appreciation of a handful of writers including W.O. Mitchell, Timothy Findley, Don McKay and James Reaney, whose books he has illustrated for such major publishers as McClelland & Stewart, Penguin, Random House and HarperCollins. He also has illustrated books for such boutique publishers as Larkspur Press, Porcupine’s Quill, Bird & Bull Press, Gaspereau Press, Counterpoint Press and Running Goat Press.

Over the years Bates has executed a number of engraving projects inspired by Berry’s writing, beginning with a limited-edition titled Roots to the Earth.

The book was first published in 1995 under Bates’ own imprint. Larkspur Press republished the poetry collection in a beautiful limited edition of 100 in 2014. Counterpoint Press, which publishes all of Berry’s books, released a trade edition in 2016 with the addition of a short story, The Branch Way of Doing. Bates was commissioned to engrave a new cover image and provide two images for the story.

Window Poems is a handsome trade hardcover published by Shoemaker & Hoard in 2007 based on the fine-press edition released by Press on Scroll Road. The collection of Berry poems includes three wood engravings by Bates accompanying the text in addition to the cover illustration.

One of my prized works of art is Camp Branch, a 2006 wood engraving triptych based on Berry’s Sabbath Poems.

Despite its subtitle, Look & See is neither a conventional biography nor a traditional portrait. It unfolds slowly and quietly, replicating the Kentucky River that meanders by Berry’s farm in Henry County, where he has lived with his wife Tanya since 1965 and raised a son and a daughter.

The hillside farm beats at the heart of Berry’s life, moral philosophy, agrarian activism and writing. It’s also the model for the fictional town of Port William, in which much of his fiction is set. Appropriately, this leisurely pace is reflected in the 82-minute film.

As its title suggests, Look & See is about vision — about penetrating surface appearances and seeing into the true nature of things. The film’s structure is bifocal, balancing Berry’s vision of the world, especially his views on agriculture which challenge the corporate prism embodied in modern agribusiness, with the experiential viewpoints of farming and community neighbours wrestling with the dramatic changes that are redefining not only their livelihood, but their way of existence.

Berry remains a spectral presence in the film — a moral and spiritual voice more than a character. We gain personal glimpses of the writer through Tanya; daughter Mary, executive director of the Berry Centre; and son-in-law Steve Smith, a prosperous organic farmer.

Look & See weaves selected passages from Berry’s poetry and writings, as well as narrative voice-over, archival photographs and film footage, into a larger narrative tapestry chronicling how residents of Henry County have seen their relationship to the land and the community irrevocably reshaped.

Built on the values of simplicity, land stewardship, sustainability, local economies and rootedness to place, generational farms have been replaced by large-scale, capital-intensive, industrial agriculture. Crop and husbandry diversity has given way to monoculture with its mechanized labor and reliance on chemicals, resulting in soil erosion, debt and alienation. Berry has documented this revolutionary agrarian transformation passionately, eloquently and elegiacally in his fiction, essays and poetry.

Spanning four seasons in the farming cycle, Look & See combines observational scenes of small-town and farming life with meditative scenes of the pastoral landscape, against an evocative soundscape by composer Kerry Muzzy.

Every place had been displaced, every love
unloved, every vow unsworn, every word unmeant
to make way for the passage of the crowd
of the individuated, the autonomous, the self-actuated, the homeless
with their many eyes opened toward the objective
which they did not yet perceive in the far distance,
having never known where they were going,
having never known where they came from.

By necessity Look & See is more impressionist than polemic; it provokes rather than answers; it teases, leaving us wanting for more. The challenges confronting modern agriculture are too complex to be analyzed in an hour and a half. Hopefully, the film will encourage viewers to seek out Berry’s lifetime of writing to get the full, complete and whole picture. 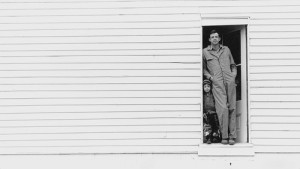 For, when all is said and done, Berry’s agrarian vision transcends agriculture; it encompasses the enduring essentials of culture, bridging urban and rural, industry and art, production and consumption, economics and faith, past, present and future. What Henry David Thoreau was to the 19th century, Wendell Berry is to the 20th century — writer, poet, philosopher, teacher, ecologist, elegist, prophet, activist and brave, outspoken defender of our fragile, embattled, endangered planet.

POSTSCRIPT: The screening of Look & See brought with it a pleasant surprise affirming a connection between Wendell Berry and Waterloo Region. Attending the event was Chad  Wriglesworth, an associate professor at St. Jerome’s University at the University of Waterloo. He came to Waterloo six years ago. Wriglesworth — whose specialized areas of study includes 20th- and 21st-century American literature and culture; literature and religion; literature and the environment; bioregional theory and practice; American studies; genre studies; Native American literature; material and visual culture; and the North American West — edited the selected letters of Wendell Berry and Gary Snyder. Titled Distant Neighbors, the collection of 240 letters from 1973 through 2013, was published by Counterpoint in 2014.

The Wild Birds: Six Stories of the Port William Membership
1986

Watch With Me and Six Other Stories of the Yet-Remembered Ptolemy Proudfoot and His Wife, Miss Minnie, Née Quinch
1994

That Distant Land: The Collected Stories
2004

Whitefoot: A Story from the Centre of the World
2006

A Place in Time: Twenty Stories of the Port William Membership
2012 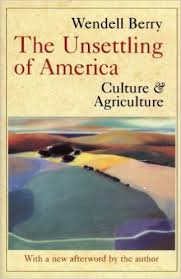 The Unsettling of America: Culture and Agriculture
1977

The Gift of Good Land: Further Essays Cultural and Agricultural
1981

Meeting the Expectations of the Land: Essays in Sustainable Agriculture and Stewardship
1986

Another Turn of the Crank
1996

In the Presence of Fear: Three Essays for a Changed World
2001

The Art of the Commonplace: The Agrarian Essays of Wendell Berry
2002

Citizens Dissent: Security, Morality, and Leadership in an Age of Terror
2003

Blessed Are the Peacemakers: Christ’s Teachings about Love, Compassion & Forgiveness
2005

The Way of Ignorance and Other Essays
2005

Bringing It to the Table: On Farming and Food
2009

What Matters? Economics for a Renewed Commonwealth
2010

The Poetry of William Carlos Williams of Rutherford
2011

It All Turns on Affection: The Jefferson Lecture and Other Essays
2012 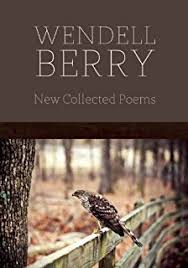 The Country of Marriage
1973

The Selected Poems of Wendell Berry
1999

Terrapin and Other Poems
2014

(Featured image: wood engraved poster for Look & See by Wesley Bates. For a profile on Wesley check out my blog posting)