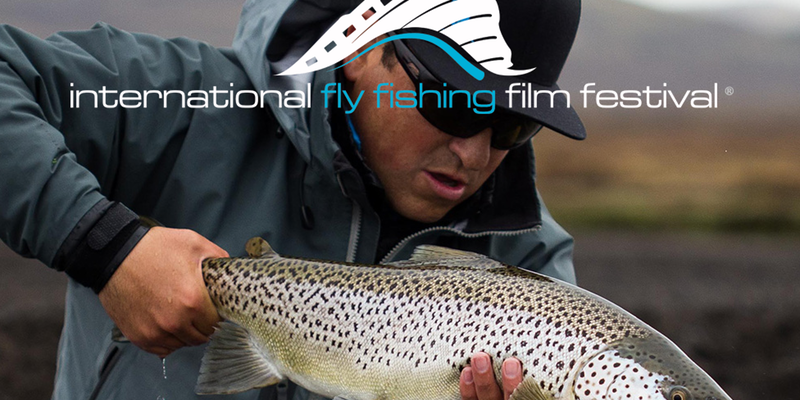 A River Runs Through It Again: the IF4

Although he never played the sport, my dad loved baseball. He not only watched it religiously on TV, he coached a very good community industrial fastball team in our hometown of London, Ontario for many years.

I was the team’s batboy for a few years while attending senior elementary school. I even got a team jacket commemorating a championship season. I wore it as proudly as if I had actually played on the diamond.

Long before the age of analytics my dad spent an afternoon of concentrated delight every week calculating batting averages for all his players. He didn’t need to do this to sharpen his coaching edge, he did it out of love for the game.

I take after my dad with respect to my love of fly angling. I don’t only cherish the time I spend on rivers or in canoes and boats on lakes, casting fur and feather. I love everything associated with the recreational sport — with the exception of tying my own flies which I leave to angling friends with nimble fingers.

I love reading about fly fishing — whether instructional, history, memoir, biography, poetry or fiction (short stories, novels and mysteries). I have assembled quite a fine personal library of fly angling literature. I enjoy intensely writing about fly fishing.

I watch shows devoted to fly fishing on TV, I collect fly fishing videos and I watch fly fishing films — which leads me to the annual International Fly Fishing Film Festival, which I have championed since it cast its first line in Waterloo five years ago. 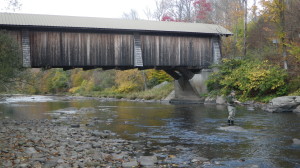 Fly fishing on the Willowemoc Creek in the Catskills

A river runs through Waterloo once again with the return of the film-fest popularly known as IF4.

Founded in 2011, the festival grew from a handful of screenings in western Canada to more than 100 screenings across Canada and the U.S., in addition to South America and Australia. A couple of years ago the festival has targeted Europe and Scandinavia for future growth.

‘We are truly international,’ confirmed Jennifer Bird, publisher of Fly Fusion, Canada ’s award-winning fly angling magazine which presents the annual film festival. I talked to Jennifer a couple of years ago, the last of 30 years as an arts reporter at the Waterloo Region Record.

The film festival’s growing popularly was reflected when Princess Cinemas hosted the festival for the first time. So many tickets were sold to fly anglers from across southwestern Ontario that an impromptu hold-over screening was held at the Original Cinema.

In response to the festival’s success, cinema co-owner John Tutt moved the event to both theatres in the Princess Twin two years ago.  This year’s event is being held in the largest auditorium in the Twin. The event takes place Thursday, April 27 — a few days after the opening of the inland trout season in southwestern Ontario. It starts at 7:30 p.m.

The festival showcases a selection of feature and medium- and short-length films devoted to ‘the passion, lifestyle and culture of fly fishing,’ produced by filmmakers from around the world.

‘The festival is more about the experience of fly fishing than catching fish,’ Bird said over the phone from Fly Fusion’s headquarters in Cranbrook, B.C. ‘It examines why people fly fish rather than how through storytelling and narrative.’

The festival separates itself from the standard, televised fishing shows characterized by Bird as ‘same old, same old.’

When the festival began seven years ago, Bird noted, it was a challenge finding quality filmmakers. Paralleling the festival’s expanding audience base, however, has been its higher profile and growing reputation which have attracted increasing numbers of accomplished filmmakers.

The films take armchair anglers to many of the world’s most desirable angling destinations — places that only the wealthy, those on a company credit card or those with sponsors or endorsements can afford. This is the stuff fly angling dreams are made on.

Bird is pleased the festival has become a promotional vehicle for organizations that support fly fishing and conservation groups that support water ecology. As usual, this year’s festival at the Princess Twin is co-presented in partnership with KW Flyfishers, a local fly fishing club serving Waterloo Region and environs for three decades.

Overview: well-known West Coast, TV fly angler April Vokey heads off to the jungles of Bolivia to spey cast for golden dorado. Her journey begins with a century-old book as a reference to fly fishing for the legendary species of sports fish. Pairing with a Bolivian native, she explores what the book never managed to achieve, only to realize that the most inspiring journey is the one she embarks upon herself.

Overview: The film highlights Iceland’s volcanic landscape which has attracted angling travellers for years. Follow the adventure of the boys from Western Waters Media as they explore the island, discover local legends, experience traditional cuisine and catch some of the largest, most beautiful brown trout on the planet. Whether fishing a small, brushy stream in Utah, or a giant lake in Iceland, we can all relate to the beauty and mystique of brown trout. This moonscape has something special hidden within its overlooked rivers and lakes.

Overview: Imagine a world where the jungle meets the coast and the fly fishing is incredible. That’s Costa Rica. Follow angler’s Mark Martin and Alex Beck in this film by Capture Adventures Media & Anglers Eye Media, as they attempt the impossible: Costa Rica’s first Grand Slam. Captain Mark has discovered that what is thought of as primarily a great tarpon fishery also holds permit and bonefish. After a week of jumping and losing many 100-plus pound tarpon, they find themselves with a chance to make history.

Overview: During a recent visit to New Zealand award-winning producer Todd Moen shot an epic film featuring anglers Chris and Shauna Daughters on one of the world-renowned South Island rivers. The two anglers spotted, hooked and landed a number of stunning trout in the clear pools and magical stretches of water only found in New Zealand.

Overview: Produced by Old Hat Films, the film features a unique fly-fishing adventure deep in the Amazon forest on rivers running through a wild land protected by Kayapo Warriors. Join anglers Jeff Currier and Ben Furimsky in this first-ever film about fly fishing on the previously forbidden Kayapo rivers.

Overview: Sometimes you get everything to fall into place — this was one of those times. Capt. Brandon Keck and angler Meredith McCord showcase how magical the Louisiana marsh can be on its best days. Produced by C1 Films, the documentary short showcases clear skies, clear water and big redfish — all caught on poppers.

Overview: The film paints a portrait of those who live by the rivers of Lapland in Northern Sweden. The quest is for the Baltic Salmon which every fly angler can relate to. The only certitude is the efforts that are needed to reach it. The film from Hooke, is an immersion into the life of those who chase, document and protect the salmon in the land of the midnight sun.

The Legend of Neckbeard

Overview: Join artist and storyteller Marc Crapo and discover The Legend of Neck Beard — one of the great legends of our time. Prepare to be entertained with straight-up fly fishing on the Henry’s Fork and some run-ins with the only sasquatch/wizard/apparition of the river in this part of the ‘The Golden Ring,’ a 300-mile circle comprising some of the richest angling territory in the world with Yellowstone Park at the centre.

Advance tickets on sale now via Eventbrite. Admission is $17. Seating is limited so buy your tickets as soon as you can. Two-thirds of the tickets were sold a month before the event.

The all-ages, family event is licensed for those who wish to enjoy a craft beer or local wine with their IF4 experience.

For all the film trailers see http://www.flyfilmfest.com/films/