I was first impressed with Dave Clarke in the spring of 2001 when I saw him in a house concert hosted by Jack and Lori Cole. At the time Jack had founded Old Chestnuts Song Circle but had yet to become artistic director of Folk Night at the Registry, which continues to prosper after 11 seasons.

Clarke was in town as backup guitarist for a Scottish-born, Ontario-raised songwriter/vocalist who was beginning to make quite a splash in the Canadian folk music pool. His name — David Francey. 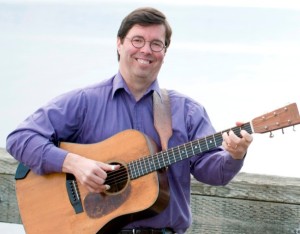 In addition to playing guitar and handling backup vocals, Clarke produced and arranged Francey’s debut album Torn Screen Door. Along with Francey and Geoff Somers, Clarke co-produced and co-arranged the songwriter’s next two albums, Far End of Summer and Skating Rink, both of which nabbed Junos.

Cole learned later that the house concert was the first time Francey, Somers and Clarke had performed together in public after recording and releasing Torn Screen Door. The concert provided a memorable introduction to the songwriter and his two sidemen.

I have followed Clarke’s career with satisfying interest, both as a solo artist (I listen frequently to his two fine solo releases GuitarSongs and Reunion) and in a couple of folk ensembles including West Coast-based Shearwater (James Whittle on mandolin and Tammy Fassaert on upright bass) and Quebec-based Steel Rail.

Happily, Steel Rail returns to Folk Night at the Registry on Saturday. The trio, which has been together two decades, appeared during Folk Night’s inaugural season of 2006-07. 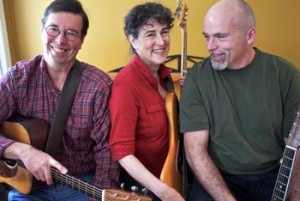 Featuring Tod Gorr (lead vocals/rhythm guitar) and Ellen Shizgal (vocals/bass), in addition to Clarke on lead guitar and vocals, the acoustic trio shares songwriting duties. All three are accomplished songsmiths. Clarke co-writes with his wife, Lucinda Chodan, who is the trio’s manager.