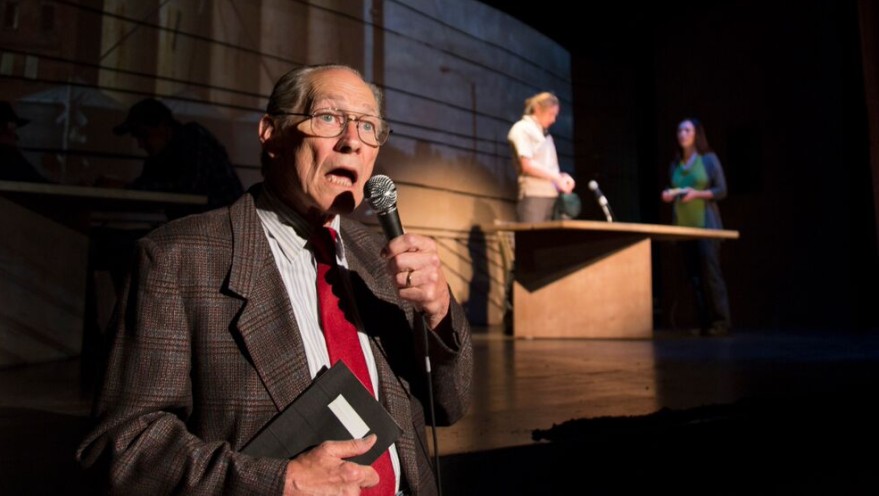 Seeds Grow Into Drama at Blyth

BLYTH — A dear friend who passed away much too early once described southwestern Ontario as the belly button of Canada, meaning that the area is a lifeblood of sorts. It’s certainly a fertile, agricultural bread basket.

This fact has been reaffirmed every summer since 1984, when I began covering the Blyth Festival, first for the Brantford Expositor and then, since 1986, for the Waterloo Region Record. I’ve always enjoyed the 90-minute drive from Kitchener, beginning just after the crops have been planted and ending when they are about ready to be harvested.

Now retired, I’m pleased to continue writing about and reviewing productions at one of my favourite theatres.

My admiration starts with its devotion to producing homegrown plays since director James Roy, playwright Anne Chislett and local newspaper publisher Keith Roulston founded the theatre in 1975. Despite its modest size and distance from metropolitan theatre centres, Blyth’s production and promotion of indigenous plays, including innumerable commissions and premieres, is unsurpassed in Canadian theatre.

And to think it has done this while pulsating vital blood through the artistic arteries of Huron County.

The festival’s 41st season was launched with Seeds, a play that fits the theatre like a pair of weathered, leather working gloves.

We all like a David & Goliath story. Likewise, we all enjoy a tale pitting good against bad.

All the better when the bad guy is a giant, transnational corporation and the good guy is a modest, independent farmer standing his ground in the Canadian heartland.

That, in a grain shell, sums up Annabel Soutar’s engaging, documentary drama. 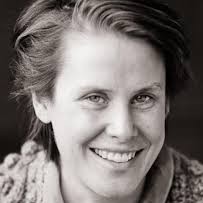 Based on a 10-year legal battle that ended up in the Supreme Court of Canada, Seeds pits a Saskatchewan farmer against Monsanto. The transnational, agrochemical company sued Percy Schmeiser for patent infringement when the 70-year-old farmer allegedly grew a crop using genetically modified seeds without signing a contract with the monolithic, biotechnology company. Schmeiser argued he never planted the seeds.

Although the highest court in the land ruled in favour of Monsanto by the thinest of margins, Schmeiser’s legal crusade brought world-wide attention to the ethical, social and health dangers of genetically modified food.

It’s a complicated story, blending science and law with agriculture and philosophy. In order to tell the story as dramatically as possible, Soutar embeds herself in the narrative, recounting when, as a pregnant, young playwright, she traveled to Bruno, a hamlet north of Saskatoon, in search of the truth.

There isn’t much in the way of conventional plot, despite being a fascinating story. The documentary play is excessively expository and it taxes the attentiveness of audience members.

Director Kim Collier says it best in her liner notes when she describes Seeds as ‘a constructed verbatim piece of theatre drawing on real documented statements, press, court transcripts and interviews.’

She helps tell the story effectively through multimedia projection of still images, video and text (lighting and project design by Beth Kates for Playground Studios Inc.).

The cast is very much an ensemble piece anchored by the redoubtable veteran actor David Fox as Percy Schmeiser. It would be hard to imagine a better Percy.  In Fox we see a brave, determined Everyman who refuses to go gentle into that Prairie night, instead raging against the forces of intimidation and injustice.

Severn Thompson is effective as the dogged, committed playwright, acting as a narrative thread holding the story’s disparate strands together.

Although Seeds concentrates on genetically modified grain, its observations about the transition of research from non-profit, arms-length public institutions to private, profitable companies is an urgent caution. For example, the international pharmaceutical and energy cartels are in comparable positions of power and authority that transcend the control of many national governments.

Blyth is not exclusively rural or pastoral in either its aesthetic or mandate. It produces plays about, and set in, towns and cities including the megalopolis otherwise known as Toronto.

Yet the festival speaks most directly and immediately to its home audience when it mounts plays about rural people caught up in rural issues. This doesn’t mean such plays as Another Season’s Promise — a Canadian classic that debuted at Blyth — and Seeds don’t transcend geography and experience and speak eloquently to city slickers like me.

A personal note: Reviewing Seeds was like coming full circle. I first visited Blyth to interview Fox because of his days as a teacher in Brantford. To watch him perform for my first theatre review after retiring was special.

Seeds continues in repertory through Aug. 8 at the Blyth Festival. Tickets are available at 1-877-862-5984 or online at www.blythfestival.com