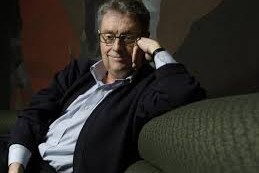 I’m deeply saddened by the passing of Robin Phillips, at age 73, after prolonged illness. If the Canadian theatre community is not mourning, it should be. The Stratford Festival should be grieving not only for its former artistic director’s death, but for missed opportunities.

After covering the festival continuously since 1984 for two newspapers, one of my greatest regrets remains Phillips not being invited back in anniversary seasons, at the very least. His absence did not go unnoticed; moreover, it marred festivities on those anniversary occasions.

I don’t know what the issues were that prevented Phillips from returning to direct at the festival he played such a major role in nurturing and defining — and I’m not going to gossip. But it’s a shame problems, whether personal, creative or political, were not resolved by those who should have put the festival ahead of ego.

Phillips served as artistic director for six seasons, from 1975 to 1980. Many patrons and theatre professionals remember his controversial tenure as the festival’s Golden Age. There was a sense of Camelot about his years ‘under the tent’ so to speak.

Phillips famously brought Maggie Smith and Peter Ustinov to the festival. But this was just the tip of the company iceberg. He also invited Brian Bedford, who became one of the festival’s most beloved and enduring, not to mention accomplished, actor/directors.

He brought back to Canada Hume Cronyn, who was born in London, Ontario, and his wife Jessica Tandy. Both were serious American stars at the time.

He played an instrumental role in developing such huge homegrown talent as Richard Monette, William Hutt and Martha Henry. It’s impossible to imagine the festival over the past half century without Hutt and Monette, not to mention Henry, who happily is still going strong. Phillips held the paintbrush that helped render the artistic portraits that became Monette, Hutt and Henry.

Sad to say, I did not cover the festival during Phillips’ tenure as artistic director. In fact, I never saw a production during that time. Still I have read all the accounts and it was unquestionably a wonderfully dynamic, exciting era in the festival’s storied history.

But I was covering the festival in 1987 and 1988 when Phillips ran the Young Company. During those couple of seasons the Young Company, bolstered by such veterans as Hutt, represented the best the festival had to offer. Not only were the productions powerfully memorable, many of the Young Company — Albert Shultz, Joseph Ziegler and Nancy Palk, among others — subsequently relocated in Toronto and founded the marvellous Soulpepper. The company also boasted Marion Adler, Susan Coyne and Peter Donaldson, among others.

Phillips transformed the Third Stage (now Tom Patterson Theatre) by having its long narrow stage stained blonde. He was fixated on the Edwardian period. His major theme was peace. The sets were minimal and the costumes were predominantly beige and cream — gorgeous in their elegant simplicity, reflecting the productions themselves.

1987’s As You Like It, Romeo and Juliet and Journey’s End and 1988’s Twelfth Night and the double bill Oedipus/The Critic were revelatory. The jewel in the crown, however, was Hutt in King Lear, which remains one of my most enduring memories of the festival. It was magnificent and moving beyond tears.

Artistic director Antoni Cimolino gets it right in a release when he observes: ‘ Like so many people at the Stratford Festival, I was profoundly influenced by him. He seemed to make the impossible not only achievable but beautiful. His productions were crystal clear, emotionally honest and elegant in their simplicity. Every movement, sound or visual element was carefully considered, and yet they had a sense of freedom and vibrant life not often experienced in the theatre. Robin was a brilliant artistic director ‎who raised the standards of acting and physical production at the Stratford Festival. We owe him a great debt of gratitude for his care, leadership and generosity to all.’

I agree with every word. I would add that few directors read and interpreted texts with more imaginative depth or searing creative insight.

Born in rural Surrey, England, Phillips made his professional stage debut in 1959 at the Bristol Old Vic, where he had trained as an actor. In 1962, he joined the inaugural company of the Chichester Festival Theatre, under Laurence Olivier. In 1965 he became an assistant director with the Royal Shakespeare Company. In 1973 he became artistic director of the Company Theatre in Greenwich.

Appointed in 1974 to succeed Jean Gascon as Stratford’s artistic head, Phillips presented his first season in 1975. While it is futile to outline all his acclaimed productions, a few will provide a sense of his achievement:

Phillips returned to Stratford in 1986 to direct Cymbeline at the Festival Theatre. I remember the opening scene after intermission when a replica of a Lancaster bomber, with propellers rotating, rumbled onto the stage. It was stunning.

After serving a two-year term as director of the Young Company, Phillips directed several festival productions, culminating with Shakespeare’s King John in 1993. His last Stratford season was in 2013 when he rehearsed Twelfth Night with participants in the Birmingham Conservatory for Classical Theatre.

Life outside Stratford saw Phillips direct many acclaimed productions in Canada, the U.S. and England. He also directed the 1983 feature film The Wars, based on the novel by Timothy Findley. He served as artistic director of the Grand Theatre in London, Ontario, for its 1983–84 season, which failed because he introduced the novel idea of a subscription season.

From 1990 to 1995, he was director general of the Citadel Theatre, during which his production of Andrew Lloyd Webber’s Aspects of Love toured Canada and the U.S. His production of the musical Jekyll & Hyde opened on Broadway in 1997, and the following year he directed the two inaugural productions of the newly formed Soulpepper company in Toronto. His West End productions included Long Day’s Journey into Night, starring Jessica Lange, in 2000 and Ghosts in 2001.

Those passionate about theatre in Canada will miss Robin Phillips dearly. Canadian theatre is better today because of his genius.