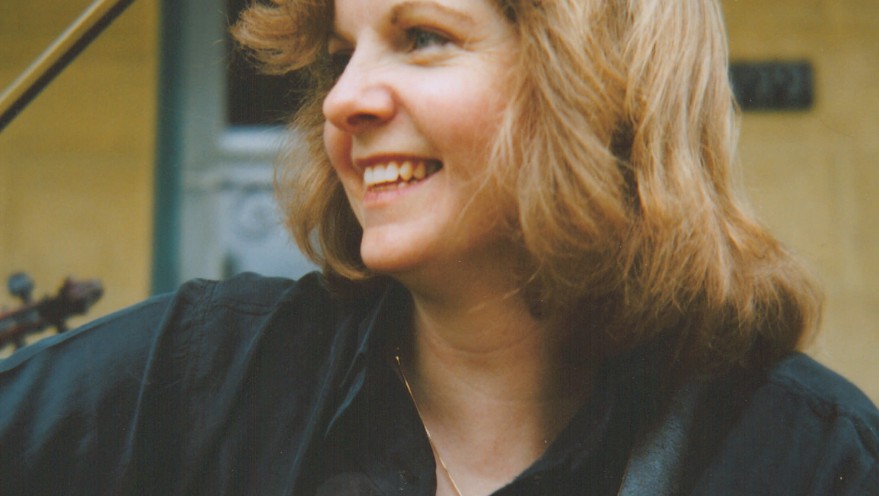 Many Lives of Nonie Thompson

It’s always a special occasion when Nonie Thompson returns to the Registry Theatre.

In 2008 she suffered an aneurysm on the eve of her concert at the vibrant downtown Kitchener performing arts venue.

The scary medical crisis produced consequences both literal and figurative.

It compelled the singer/songwriter to leave the familiar surroundings of Kitchener-Waterloo and return home to Penetanguishene on the southeasterly tip of Georgian Bay.

It also became a metaphor for the career Thompson has carved out for herself, spanning a spectrum of genres encompassing folk, folky country, blues and jazz, with Celtic, Cajun and French Canadian influences.

As an artist she embodies the multiplicity of lives associated with furry felines, whether working as a solo artist, with longtime musical collaborator/multi-instrumentalist Eugene Rae or with the all-female blues band Grand Ladies of the Blues.

She has traversed Canada numerous times, performing at major festivals and venerable coffee houses, and has visited Ireland, her spiritual home away from home.

The respect with which she is held by fellow performers is reflected in the artists with whom she has shared a stage.

She has opened for the late Tommy Makem (remember the legendary Clancy Brothers), Grammy winning gospel group Blind Boys of Alabama and Scottish-bred/Elora-based acoustic guitar ace Tony McManus, among others. Similarly she has performed with veteran folk singers Heather Bishop and Pamela Morgan (a founding member of Newfoundland’s pioneer Celtic band Figgy Duff). She has toured Ireland with two of the Emerald Island’s great bands, Altan and Clannad — WOW.

I have known Nonie Thompson almost as long as I worked at the Waterloo Region Record, which is a blush shy of 30 years. (Don’t let her youthful looks fool you, the lady has paid her dues.)

Since making her acquaintance, when she was known as Nonie Crete, I admired her work ethic, dedication, honesty and earthy lack of pretension/sense of entitlement while maintaining a career in a tough business that doesn’t always reward talent.

The two things Thompson isn’t are slick and flashy. What you see is what you get, sustained by a deep faith that is never preachy and supported by a quiet dignity.

Thompson has released seven albums, in addition to a couple of co-productions with Rea. At Saturday’s concert she will introduce material from her forthcoming double album Take One. Take Two, a collection of new songs and previously recorded songs that have matured over time, like a good malt whisky. These will be augmented with material from Rea’s latest album Songbook.

Thompson is billing the concert as a gathering of friends — embracing both performers and audience members.

‘This night will be a time when you bring all your friends together and make many special moments — a night to remember,’ she observes in a release.

Thompson’s other guest is author Pauline Kok, who will introduce The Remains of War, her memoir documenting her years  of incarceration in a Japanese concentration camp in Indonesia during the Second War.