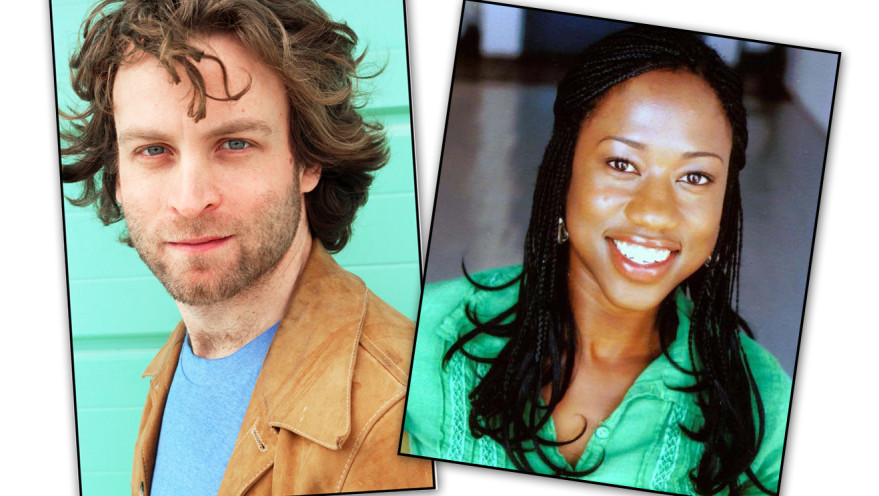 Jun 16th, 2015 Archives Last modified 7 years ago
BLYTH — There is something old and something new about Gil Garratt. When the Blyth Festival was looking for a new artistic director last fall, it turned to an old friend.
The Toronto-based, theatrical jack-of-all-trades has been associated with the festival for much of his professional life. For most of the previous 16 years he served the festival in various capacities before being appointed its eighth artistic head since 1975.
He replaced Marion de Vries, who spent last season at the festival’s artistic helm after replacing interim artistic director Peter Smith. Smith took over from Eric Coates, who held the position for a decade before moving to Ottawa.
Garratt joined the festival as an actor in 1999, and over 14 consecutive seasons assumed various roles as director, playwright, dramaturge, director of the Young Company and associate artistic director. His musical play St. Anne’s Reel was an artistic triumph last season.
Although he has worked in theatres across Canada, Blyth remained closest to his heart. He even lived in the community for a while.
Garratt views theatre as a calling. He talks about the “covenant” between the festival and the community. His excitement about the festival’s 41st season is infectious. With such deep roots in the community it’s appropriate the first three of four mainstage productions are inspired by historical events.
Seeds launches the season June 26, marking the festival debuts of playwright Annabel Soutar and director Kim Collier. The play premièred in Montreal two years ago.
Based on a 10-year legal battle that eventually made it the Supreme Court of Canada, the play is a modern-day David and Goliath story pitting a Saskatchewan farmer against Monsanto, the transnational agrochemical and agricultural biotechnology company.
According to Garratt, Seeds offers a vivid portrait of farming in the 21st century. Collier has directed in theatres across Canada and Garratt chose her because of the production’s multimedia and video components.
Playwright Sean Dixon returns to the festival for the fourth time with The Wilberforce Hotel, directed by Philip Akin. The author of The End of the World Romance and The Lost Heir, Dixon first worked with Garratt on The Outdoor Donnellys, one of the festival’s seminal productions.
Dixon was conducting research on the infamous Irish family that terrorized Lucan, Ont. in the late 19th century, when he stumbled across an earlier story from the 1830s when the community was settled by emancipated slaves from Virginia. Loosely based on the autobiography of one of the black settlers, Austin Stewart, the play fictionally recounts events when a pair of black-face minstrels on the lam takes refuge in the local tavern owned by Stewart.
Akin was critical to the project, Garratt asserts. The founder of Toronto-based Obsidian, the country’s leading culturally diverse theatre company, Akin is a leader in furthering the careers of young black artists while creating an encouraging environment for veteran black artists.
Smith returns to the festival with Fury, a new dramatic musical based on the sinking of the SS Wexford in Lake Huron during the Great Storm of 1913. With book and lyrics by Smith and music by Samuel Sholdice, who grew up artistically at Blyth, the musical is directed by Montreal-based Micheline Chevrier.
Smith filters the nautical tragedy through a fictional romance between a bare-knuckle boxer-turned-bootlegger and a young woman raised by a zealous judge. Disaster strikes after the ne’er-do-well tries to prove worthy of the lady with the voice of an angel by signing on as a deckhand on the doomed steamship.
Chevrier and Smith are old friends and collaborators, so it was a no-brainer to have them team up on the production, Garratt asserts.
Garratt’s first directing assignment as artistic director is Mary’s Wedding, a movingly lyrical dream-play by Stephen Massicotte. Although one of the most-produced Canadian plays of the last decade, Garratt confesses he is embarrassed for having never seen it performed. He decided to direct it after reading the script.
The play opens with Charlie telling us that Mary is dreaming about her wedding. He also reveals that he is talking from the grave. Garratt is thrilled that Sophia Walker — a Stratford Festival veteran of nine seasons — is playing Mary.
Mary’s Wedding is perfectly suited to the Blyth Memorial Hall, home of the Blyth Festival, because it was built as a living cenotaph to the community’s fallen soldiers.
BLYTH FESTIVAL 2015 PLAYBILL
Seeds
June 26-Aug 8
The Wilberforce Hotel
July 3-Aug 8
Fury
July 31-Sept 12
Mary’s Wedding
Aug 7-Sept 7
Phillips Studio
Edna Rural’s Church Supper
Aug 11-15
Young Company
Hatchlings & Hayseeds
Sept 2-5
Tickets (regular prices ranging from $15 to $30) available toll free at 1-877-862-5984 or online at www.blythfestival.com