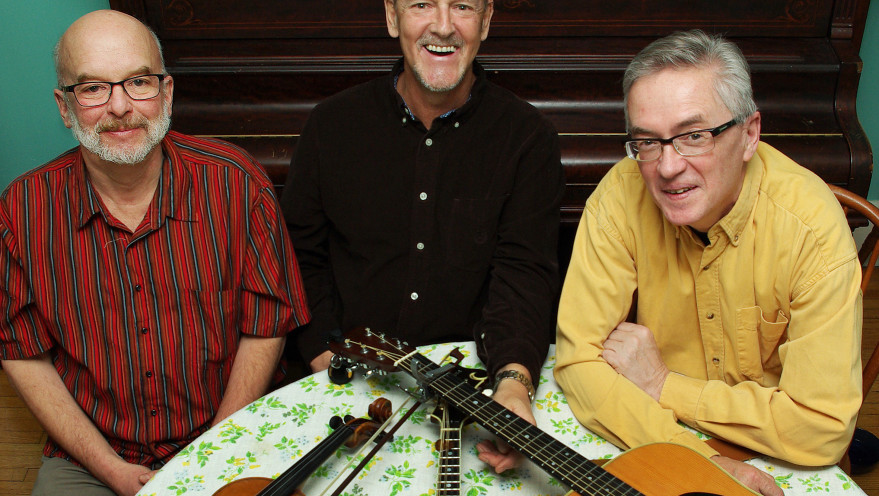 CAMBRIDGE — I’ve been attending the Mill Race Festival of Traditional Folk Music for most of its 24 years. In fact, the free-admission, three-day celebration of folk music held at the height of summer is my favourite festival.

It doesn’t attract the big crowds of the Kitchener Blues Festival; it does’t have the high profile of Guelph’s Hillside Festival. But founding artistic director Brad McEwen has stayed the creative course while expanding the parameters of traditional music — encompassing world music (from Latin and South America, through Europe and the Middle East, to the Far East), bluegrass, Appalachian, acoustic blues, gospel, Americana and early Canadian music — beyond the folk music of England, Scotland, Ireland and Wales.

The biggest challenge confronting the Mill Race festival is drawing people who live north of Highway 401. Believe it or not, the congested four-lane remains an insurmountable obstacle — whether geographic, mental or symbolic — for the free flow of arts and culture across Waterloo Region.

The other obstacle facing the festival, which unfolds over three days on the Civic Holiday weekend (July 29-31), is convincing people that it offers traditional music from around the globe in addition to the British Isles. Although based on British village festivals, its artistic mandate has grown increasingly diverse. 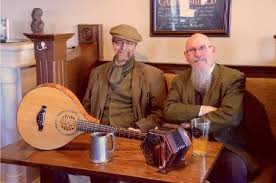 McEwen, the only one from among area festival artistic directors who is a musician (vocalist/cittern player with Tethera and Hunter’s Corners), has been guiding the Mill Race since the beginning. He’s a stickler for confining the program to a wide range of folk music, whether the musicians are local, regional, national or international. You won’t find contemporary singer/songwriters or pop acts slumming as folk wannabes here.

The showpiece is the stage at Mill Race Park which is reminiscent of an Old World amphitheatre, created from the limestone ruins of a historic textile mill on the banks of the Grand River. The other main stage is located at Civic Square. Music fans new to the festival can be forgiven if they feel as though they have fallen into a set of the popular CBC mystery series Murdoch Mysteries which is often filmed in the area.

One of the acts I’m looking forward to seeing this year is Tellier, Somers & Nunn.

I’ve known Tom Nunn for more than three decades. We worked together for some of those years at the Waterloo Region Record, where he was an award-winning business reporter and I was an arts reporter. Tom left journalism to work as a director of media relations for a major insurance company.

He’s more than a former colleague; he’s a friend who lives in Kitchener with his wife Robin. Tom passed down the musical genes to their three sons — Jesse plays bass and sings; Kevin plays acoustic and electric guitar and David plays drums and guitar. (I wonder if we’ll ever see a country/folk/bluegrass quartet called The Nunns?)

I knew Tom was a talented musician, having grown up in a musical family in Norfolk County. He played bass in the family dance band (both his father and grandfather were rural fiddlers) long before he reached the age of majority. He also played bass with the bluegrass band Shady Grove. But I hadn’t realized how skilled Tom was until the 1990s when I saw him perform with the award-winning bluegrass outfit Northern City Limits as vocalist/lead six-string guitarist. The band, which appeared at festivals across Canada and the eastern United States, released two albums, Clear Blue Sky and Through the Mill.

This year marks Tom’s seventh Mill Race appearance. He played the festival in 2013 and 2010 as a duet with Norm Tellier, a fixture of the Cambridge roots music scene for many years. The award-winning mandolinist appeared at the festival numerous times as a member of the bluegrass bands Clean Sweep and General Store. In 2004 Tom played the festival with Waterloo mandolinist Lyle Friesen. Tom and Norm shared the festival stage with Northern City Limits in 1998, 95 and 93.

I first met Geoff Somers in the late 1990s at a house concert hosted by Old Chestnuts Song Circle founder Jack Cole. At the time Geoff was accompanying Juno-winning singer/songwriter David Francey. He was a guest artist on three of Francey’s alums, The Far End of Summer, Skating Rink and Right of Passage.

Geoff graduated with an honours degree in music and played first violin with the Kingston Symphony Orchestra before turning his multi-instrumental talents to roots music. He was a member of Blue Mule for 18 years. While with the bluegrass ensemble, Geoff performed at bluegrass and folk festivals in Canada and the United States. Their album Suits‘n Boots won Album of the Year at the Central Canadian Bluegrass Awards in 1995.

Geoff has performed at Mill Race numerous times since moving to Cambridge including appearances with the Allison Lupton Band.

An act I’m eager to see for the first time is the husband-and-wife duo of The Schotts. Darrin, by the way, is Tom’s cousin. He’s a gifted multi-instrumentalist who has toured with Susan Aglukark, The Goods, Tia Hofgraf and many others. He was guest fiddler on Clear Blue Sky. I first saw Darrin perform with Aglukark about 20 years ago at an Elora Festival Quarry concert.

After 25 years of making music together, The Schott’s released their eponymous debut album, recorded ‘live off the floor.’ The album features Darrin on virtuosic mandolin and Alison on guitar, bolstered by excellent songwriting spanning country, bluegrass and folk and accomplished vocals and harmonies. The Norfolk County duo has appeared in clubs and festivals across Canada and Europe, including a memorable appearance in Nashville on the legendary Midnight Jamboree.

Schedules available only through purchase of festival programs (one of the free festival’s main sources of revenue).