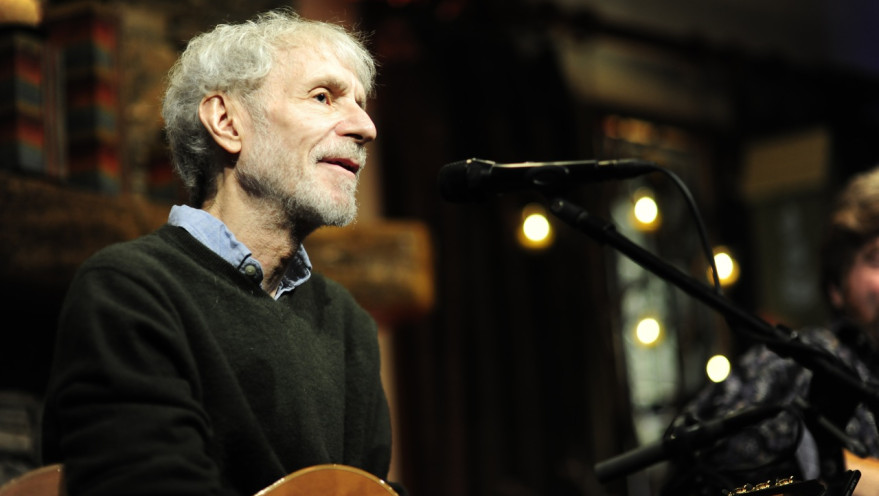 Southern Gentleman Gone But Not Forgotten

When Jesse Winchester died on April 11, 2015, a few weeks before his 70th birthday, after a long struggle with cancer, roots music lost its Southern Gentleman.

Winchester was not only a sweet, gentle man, he had one of the tenderest voices imaginable. His voice was the sweetest honey not produced by bees. It was like a warm embrace, with a soft slur bespeaking his upbringing in the American South.

His voice was so pure it was therapeutic. I know this from personal experience. A lifelong insomniac with chronic sleep apnea, complicated by the stress of a marital separation, I last saw Winchester in concert at the historic Aeolian Hall, in my hometown of London, Ont. When I went to bed later that night, I slept like a slumbrous baby with Winchester’s voice soothing my mind, my heart, my soul, like a whispering lullaby.

I interviewed Winchester while he was still living in rural Quebec — La Belle Province was his home after he fled the U.S. in 1967 in opposition of the Vietnam War. A courageous stand for a man raised in a proud military family. He became a Canadian citizen in 1970 after establishing a solo career and gained amnesty in 1977. He returned home in 2002.

I talked to Winchester in the morning and he was as gracious as he was polite. A modest man with a generous heart. A Southern gentleman living in the cold, cold North.

Although Winchester was a quietly compelling performer, with a uniquely syncopated guitar style, he suffered from bouts of stage fright. I witnessed this one night when he appeared in Guelph as part of the Canadian Songwriters’ Festival. It was distressing to see a performer melt into incoherent incomprehension before your very eyes. It was one of the most heartbreaking occurrences in 30 years of concert reviewing. The audience, to its credit, gave the distraught artist a standing ovation. There wasn’t a dry eye in the house. After apologizing, Winchester vowed to return, which he did — and triumphed.

If you want to see Winchester at his finest, search out a video of his performance on Elvis Costello’s Spectacle TV show, when Winchester reduced the songwriters on stage, including Neko Case and Ron Sexsmith, to tears when he delivered Sham-A-Ling-Dong-Ding, a tender ballad with an unlikely title about the endurance of teenage love, from his penultimate, 10th album Love Filling Station. Roy Orbison could not have held a candle to Winchester on this evening.

As lovely as he was as a man, as lovely as his voice was, and remains, history will remember Winchester for his songs. He was a master craftsman, a wordsmith worthy of a poet with the melodic sense of a Tin Pan Alley tunesmith in bygone days when its contract songwriters were composing the American Songbook.

They say you can be judged by the company you keep. Robbie Roberston produced Winchester’s first eponymous album in 1970. Jimmy Buffett wrote the liner notes on Winchester’s last album, and Quiet About It, a tribute album realized in 2012 features such songwriting luminaries as James Taylor, Lyle Lovett, Roseanne Cash and Lucinda Williams.

Yankee Lady, Biloxi, The Brand New Tennessee Waltz, Do It, Defying Gravity, All of Your Stories, Nothing But a Breeze, A Showman’s Life, Dangerous Fun, You Remember Me, Mississippi, You’re on My Mind, and untold others, will endure because of their sheer, utter beauty.

I have all of Winchester’s recordings, they rank with my all-time favourite albums. So I was thrilled beyond words when Appleseed released A Reasonable Amount of Trouble. Released posthumously, it is Winchester’s last studio album, recorded shortly before his death. It is a last love letter in song, a gift from the grave from an artist who was a gift to all who appreciate great song craft.

Rolling Stone summed up the album succinctly, describing it as ‘a gentle collection of playful songs about love, memory and gratitude that amounts to one of the most moving, triumphant albums in Winchester’s 45-year career.’ Couldn’t have said it any better, myself.

In Neither Here Nor There, Winchester sings like an elegiac songbird confessing before his Maker: