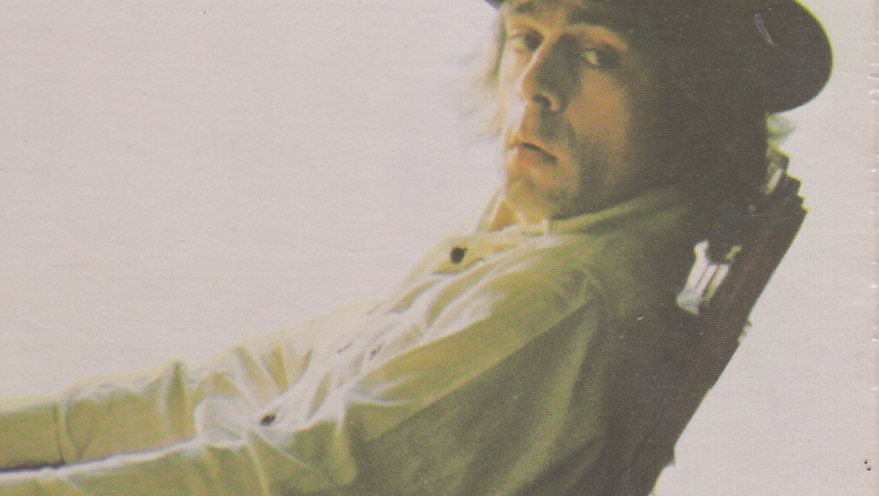 A Voice from the Past Returns

One of the most glaring omissions in the few respectable compilations of the best or greatest albums ever recorded by a Canadian recording artist is Coast to Coast Fever.

Pity, because the album recorded in 1973 by David Wiffen and produced by Bruce Cockburn is a masterwork, pure and simple.

Coast to Coast Fever was one of my go-to Canadian albums while attending university in the 1970s, along with Joni Mitchell’s Blue and Neil Young’s After the Gold Rush and Harvest, not to mention all the releases of The Band, Gordon Lightfoot, Ian & Sylvia, Stan Rogers and Bruce Cockburn.

Those, who love folk music or the music of acoustic singer/songwriters and are unfamiliar with Wiffen, need to do themselves a favour and hunt down Coast to Coast Fever. Alternately, they should pick up the recently released Songs from the Lost & Found. It’s a miraculous gift from an all-but-forgotten voice from the past.

In fact, it’s the voice that hits you first, like an arrow piercing the heart, from a time when the winds of a nascent Canadian folk music blew across the country with the creative force of a tsunami.

The voice is a warm, rich, world-weary baritone that flows like luscious honey laced with malt whisky. It’s the kind of voice that seduces you, embraces you.

Wiffen had the songwriting talent and voice, even the good looks, to be a Canadian recording star a la Lightfoot, Tyson, Cockburn or anyone else you care to mention. But, as in the case of fellow singer/songwriter David Bradstreet, it just wasn’t meant to be.

Like his best album, Wiffen never harvested the fruits of his talent, despite being recognized as a songwriter’s songwriter with compositions covered by a range of prominent artists from Harry Belafonte and Anne Murray, through Jerry Jeff Walker (Mr. Bojangles fame) and ex-Byrd Roger McGuinn to Black Crowes and the Jayhawks.

His career stalled before gaining much traction. He ended driving cab in Ottawa, where he has lived for more than 40 years. A release in 1999, South of Somewhere, went nowhere in terms of career.

Improbably, Songs from the Lost & Found (True North Records) brings the voice back. It was believed the recorded sessions were lost, victims of a flood.

The album is a powerful reminder, for anyone with ears, of the creative gift that was David Wiffen in his prime. It underscores the injustice of a supposedly artistic business that failed to acknowledge and reward that gift. It’s enough to make anyone who appreciates first-rate music weep. No wonder Wiffen was bitter for a long time. It’s an artistic loss we all share.

Songs from the Lost & Found features 17 songs, 12 of which are previously unreleased, dating from the mid-1970s through the early 80s, augmented with five alternate takes of previously released songs from South of Somewhere. The collection includes a couple of covers, one by Ottawa’s Juno-winning Lynn Miles, one by Mick Jagger and Keith Richards.

To this set of ears, Wiffen sounds best bare-bones, stripped down, when raw emotions are served on a bed of acoustic guitar or piano, maybe with an upright bass.

More than a voice, he was a fine songwriter who tended to craft sad songs, drenched in the heartbreak and sorrow of endless rainy nights and long, lonesome miles far from home and loved ones. His equivalent in American roots music is the late Mickey Newbury.

Those who know Coast to Coast Fever will hear echoes of that album on some of the songs preserved on Songs from the Lost & Found. It is not a bad coincidence, for both albums share a time and a place, a mind and a heart.

Wiffen does not perform anymore. His vocal chords are shot. So you won’t see him in a concert hall or club near you. This is unfortunate. But at least we have the voice once again, defying the endless march of tomorrows (to paraphrase Shakespeare), not to mention songs that remind listeners, if only momentarily, of a green time when they were younger and life opened before them.

Check out David performing his classic Coast to Coast Fever in 1993 on YouTube. The voice resembles the one heard on Songs from the Lost & Found.