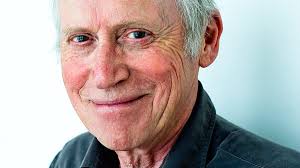 Folk Night at the Registry: 14 & Counting

Cambridge’s Mill Race Festival of Traditional Folk Music is gone after three decades. The Kitchener Blues Festival–including its acoustic blues component–is cowering in the shadow of its former glory .

Co-produced by the Registry Theatre and Old Chestnuts Song Circle, Folk Night remains successful because it has not obscured its original vision to present the best among the full range of contemporary folk music.

Artistic director Jack Cole’s ear is as astute as ever for new talent, he remains loyal to established artists and he rejects the temptation to expand beyond his means and capacity. This sounds simple, but it sure ain’t easy.

The series’ long line of supporters and subscribers enables Cole to continue to book world-class established talent and deserving, lesser-known, artists. The 2019-20 season is a case in point with an exciting lineup of rising stars and iconic Canadian and international folk artists. 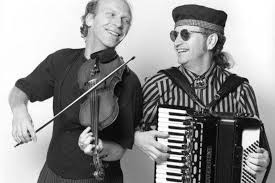 The high-energy acoustic duo seldom tours together since Haines returned to his home on Prince Edward Island, so Cole is delighted to be able to invite them back.

As composers and interpreters, musicians and performers, Haines and Leighton are greater than the sum of their parts, boasting a blend of driving fiddle, piano, accordion, keyboards, bodhran, percussion, mandolin and guitar. Haine’s accomplished songwriting is supported by the duo’s contagious humour and tight harmonies. Their albums include Optimists Jig, Foot to Floor and Hand to Hand.

Be prepared to have your musical spirits lifted! 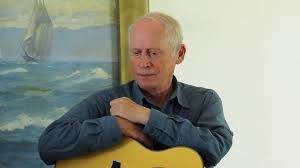 Archie Fisher is like a fine single malt aging to perfection in the cask. He gets better with time and maturity and the elements.

I saw the Scottish folk legend (I use the term advisedly) a year ago when he was touring with longtime occasional musical collaborator Garnet Rogers and I can report that Fisher still delivers as a masterful songwriter, guitarist, singer and raconteur.

One of Scotland’s foremost troubadours, Fisher is known for more than 25 years as host of BBC Radio’s award-winning Travelling Folk program. He was inducted into the Scots Traditional Music Hall of Fame and, in 2006, was awarded an MBE (Member of the British Empire).

Fisher appeared at several Mill Race Festivals and at Folk Night in 2008. Over his illustrious career he has been associated with such influential acts as the Fisher Family, Makem & Clancy, Silly Wizard and John Renbourne, in addition to Rogers. He has recorded seven solo albums, and partnered on 6 more.

His albums—including Sunsets I’ve Galloped Into, Off the Map (a collaboration with Rogers, Windward Away and A Silent Song) remain on regulator rotation on my audio systems in apartment and car. And I understand Rogers is working on a live recording with his old friend. 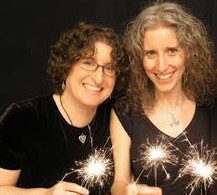 Gathering Sparks is apartnership of Toronto’s Eve Goldberg and Guelph’s Jane Lewis. Both are returning to Folk Night. Goldberg appeared during Folk Night’s inaugural season and the pair was back with Sam Turton in 2013.

The duo’s eponymous six-song EP was nominated for a 2014 Canadian Folk Music Award (Vocal Group), and their sophomore album All That’s Real is scheduled to be released in September 2019. 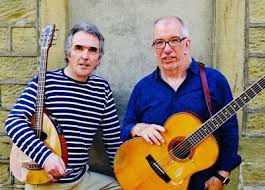 The pair of songwriters emerged on the international acoustic music scene in the early 1990s. Despite their different backgrounds and places of origin—Keelaghan was born and raised in Calgary and Lowe hails from Northeast England—they have established a musical relationship spanning more than two decades.

Although both have performed in Waterloo Region on numerous occasions, this is the first time to my knowledge that they are sharing a local stage—and there is no more appropriate stage than Folk Night.

Keelaghan, a former artistic director of Own Sound’s venerable Summerfolk, has established himself as one of the world’s most accomplished folk-based singer/songwriters. I have been a fan from the beginning. Although I have culled my music library in recent years, Small Rebellions, My Skies, A Recent Future, Road, Home, A Few Simple Verses and House of Cards, as well as a pair of Compadres recordings with Oscar Lopez, remain foundational records in my collection.

For his part, Lowe is acknowledged as a national treasure in British folk circles whose reputation circumnavigates the globe.

How these two men have come to sing and tour together, even write together, is a tribute to their shared experience and mutual admiration and empathy.

Two music legends sharing one stage, under the same roof, on the same night, promises to be a special event.

One for the Foxes

ONE FOR THE FOXES

This exciting and dynamic Transatlantic trio presents a rousing blend of Irish and American folk-based music–both traditional and newly composed–delivered in an infectiously energetic and engaging manner. Call it Celtic music for the New Millennia!

A former member of the Irish band Runa, Curley has taught and performed a number of times at Goderich’s Celtic College and Festival. 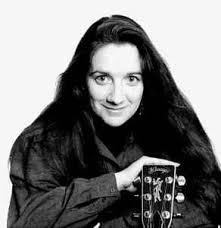 Folk Night draws the curtain on its 2019-20 season with Eileen McGann appearing in the annual Merrick Jarrett concert.

Born in Ontario and a resident of British Columbia for many years, McGann has performed in Waterloo Region numerous times as both a solo artist and as a member of Trilogy with Cathy Miller and David K. She was the popular folk music series’ first headliner in October 2006. How time flies when music is in the air!

The multi-disciplinary artist is an author and painter in addition to a singer/songwriter. A masterful interpreter of traditional songs, her original compositions and songs are influenced by Celtic traditions, nature, ecology, spirituality and female and First Nations’ issues. She is celebrated for her crystal clear soprano.

Her seven albums, which have garnered multiple award nominations, include Elements, Turn It Around, Journeys, Heritage, Beyond the Storm, Light and Pocketful of Rhymes. Shas played major festivals across North America and Britain, and been featured on the CBC, BBC, and NPR.

Cole confirmed that McGann will have some new songs when she returns to the region.

Personal Note: I discuss McGann, along with a host of other contemporary songwriters including Rogers, Tamblyn, Bill Morrissey, Greg Brown, Chris Coole and James Gordon, in my fly fishing memoir Casting into Mystery, which is being published by Porcupine’s Quill in November, with wood engravings by Wesley Bates.

All shows start at 8 pm
at The Registry Theatre in downtown Kitchener.
Advance tickets & series passes (concerts 1 through 6 at $105)
are available at
www.folknight.ca & jhcole@mgl.ca
Taxes included in all ticket prices

Folk fans be warned: Folk Night almost always sells out in advance! The series is part of the Grand River Folk Community (www.grandriverfolk.org).