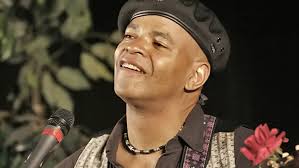 Blues for the New Millenium

I first saw Guy Davis perform at a church in St. Jacobs as part of a wonderful concert series presented by Jenny Shantz. The concert introduced me to an artist who immediately became one of my favourite contemporary acoustic bluesmen. He blew my socks off, to draw on a tired idiom.

He wowed me at Hillside and again, a couple of years ago, at the Kitchener Blues Festival. At bottom, I’m an acoustic blues guy and I had lobbied organizers to invite Davis to the annual blues bash since its inception.

To demonstrate how much I admire Davis, a couple of years ago I began culling my personal library of books and CDs. At the time I had Davis’ first eight releases. I listened to them all with the intent of culling two or three but I liked them all so much I couldn’t part with any of them.

Born in 1952 to actors Ossie Davis and Ruby Dee, the multidisciplinary artist (musician, songwriter, actor, director, playwright, author and teacher) is a sophisticated urban blues brain with a plainspoken rural blues heart. Although born and raised in New York City, his ancestry is rooted in the Deep South.

Whether slinging six- and-12-string guitars and banjo or blowing a mean harmonica, the singer/songwriter with a voice like a dusty crossroads has played an important role reviving acoustic blues through inspired covers and original songs steeped in old-time musical values. Call it Blues for the New Millennium.

Davis is a true student of the blues tradition. He reads its history and heritage with his heart as well as his mind, his feelings as well as his intellect. By absorbing the blues in the marrow of his bones, he transforms it and helps ensure that it continues as a living tradition.

Davis might not have walked the hard road of the blues in the shoes of the musicians he most admires and to whom he pays such deep tribute, but he’s no less a storyteller. Whether you pay attention to his song intros or listen closely to his original songs, you hear an eloquent literary man whose vocabulary embodies and reflects the folk music of Afro-America. He credits such artists as Blind Willie McTell and Big Bill Broonzy as showing him the way with the pen.

To offer a sense of Davis in concert, I recall his invocation of his ‘inner-country’ when he performed Takin’ Just a Little Bit of Time under the BIA tent in downtown Kitchener. He introduced Willie Dixon’s Little Red Rooster with a deft twist of the political knife by observing: ‘Americans are shy about barking. They shouldn’t be. There’s a pack of dogs running for office right now.’  Sadly, Trump and his pack of yapping canines have turned the White House into a doghouse of scoundrels.

The inner storyteller was revealed when Davis introduced a song by admitting, ‘sometimes you have to slip in a lie to tell the truth.’ He went on to cover songs by Rev. Robert Wilkins, Sleepy John Estes (Give In Kind), Muddy Waters (My Eyes Keep Me in Trouble) and St. Louis Jimmy Oden (Going Down Slow, ‘one of the finest blues songs ever written’). He paid homage to ‘the late great Sonny Terry’ in addition to ‘America’s favourite black bluesman’ Bob Dylan (Lay Lady Lay).

He ended his bluesfest set with I Wish I Hadn’t Stayed Away So Long. While not about the late Pete Seeger specifically, he conceded he had the great folksinging humanitarian in mind when he wrote the song.

Davis once remarked that he likes ‘antiques and old things, old places, that still have the dust of those who’ve gone before us lying upon them.’ Through 13 studio albums — from 1995’s Stomp Down Rider to 2017’s Sonny and Brownie’s Last Train — he’s taken a lint duster to songs to reveal a rich enduring lustre. 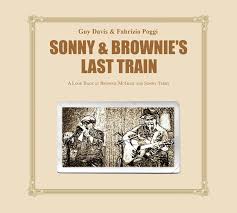 As its title denotes, Davis’ latest album pays homage to a couple of artists who reserve a special place in his music pantheon. Subtitled A Look Back at Brownie McGhee and Sonny Terry, Sonny & Brownie’s Last Train was recorded in Milan in collaboration with Italian harmonica cat Fabrizio Poggi, who also produced. In addition to the original title track, the country blues album features songs written by the legendary duo and songs they either performed or recorded which were penned by such peers as Libba Cotton, Johnnie Temple, St. Louis Jimmy and Leadbelly.

Davis and Poggi have maintained an occasional musical partnership for a decade, touring together in Europe and America. Poggi produced and played on Davis’ 2013 release Juba Dance and also appeared on 2015’s Kokomo Kidd.

He returns to Kitchener as part of a busy November. After travelling to London, Toronto, Gravenhurst and Midland, he heads out to Western Canada before crossing the Atlantic to England, Wales and Scotland. He ends the month in New England. Clocking those kind of miles in such a short period is enough to give any musician the blues.