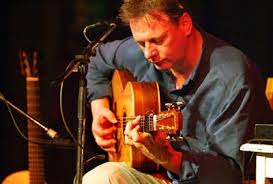 Paying It Forward at the Registry: Season 16

The Registry Theatre is my favourite live performance venue in Waterloo Region. It has the inspired and affordable programming, the staff starting with program director Lawrence McNaught and the warmth, accessibility and intimacy to satisfy all my entertainment needs.

The vibrant performing arts presenter located in the heart of downtown Kitchener has unveiled its playbill for its 16th season.

For less than $250,000 annually, the Registry offers an assortment of in-house programming — spanning folk, jazz and classical music, film, dance, visual art and children’s theatre — extending from September through June. It also partners with various community performing arts organizations including Lost & Found Theatre, MT Space and IMPACT International Theatre, ACTone Play Festival and KW Musical Productions, not to mention JM Drama Youth and JM Drama (which manages the venue on behalf of the City of Kitchener).

It’s not only tax payers’ money well spent, it’s a bargain; enough to put smiles on the grumpiest of taxpayer watchdogs. Programming continues to grow and expand as two of the Registry’s most popular series — Folk Night at the Registry and Jazz at the Registry — celebrate their 11th anniversaries.

I’m thrilled Lawrence has once again invited Reid Between The Lines to present a concert in partnership with the Registry. Our sophomore concert features guitar virtuoso/vocalist Don Ross. The concert takes place November 26. (I will post a separate blog closer to the concert date).

Here then is an outline of the Registry’s inhouse programming. I will post a separate blog shortly surveying the Folk Night at the Registry season, but acoustic music fans can look forward to English artist Jez Lowe, East Coast singer/songwriters Laura Smith. Lennie Gallant, Steel Rail folk ensemble and acclaimed American artist Bill Staines, among others.

One Night Only: Live at The Registry

One Night Only is a genre-bending series designed to offer a variety of musical styles. This season features the return of some of the venue’s most popular acts.

Kevin Ramessar returns to the Registry for his annual tribute concert. From his performances on Broadway in Beautiful: The Carole King Musical to the Stratford Festival’s A Chorus Line, Kevin is an area fave. 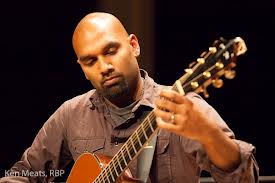 Scotland’s musical gift to the world who now calls Elora home is back for his third Registry appearance. Caledonia Soul, with a nod to the classics and jazz, from one of the world’s premiere Celtic guitarists.

The best in homegrown New-Gen bluegrass. With roots in the classic sounds of Bill Munroe and Flatt & Scruggs, the Slocans represent the pulsing heart of bluegrass North. They have quickly become leading lights on Canada’s roots music scene with energetic live shows, impeccable musicianship and intricate bluegrass harmonies.

Classics at The Registry

Classics at The Registry celebrates its 10th anniversary with local musicians, including resident ensemble Nota Bene Baroque Players, plus a brand new quartet named for the venue.

From the coffee houses of Leipzig to the royal ‘cottage’ at Versailles, Alison Melville, Heather Carruthers and Borys Medicky provide a glimpse of the chamber music from the personal realms of the 18th century. This afternoon of baroque flute, recorder, bassoon and harpsichord features beguiling solo and trio sonatas by Telemann, Boismortier, Corrette and Leclair.

Two of Canada’s finest lute and guitar players combine their talents to feature music by a diverse collection of early music composers from Francesco da Milano to Anton Diabelli — and beyond.

April 9
THE REGISTRY QUARTET
We Wrap Our Brahms Around You

We celebrate the 10th anniversary of Classics at The Registry with the debut of a new ensemble, featuring some of Waterloo Region’s finest musicians and compositions by one of the greatest and most influential composers, in history — Johannes Brahms.

Jazz at The Registry

Jazz at the Registry begins a second decade with more great local talent, plus the best Canada has to offer.

The K-W Symphony principal trumpet and jazz virtuoso makes his annual visit to the Registry with his Guys. Featuring Larson on trumpet & flugelhorn, Paul Shilton on piano, Matthew Lima on bass, Dave Thompson on guitar and Dave Campion on drums.

The concert is also part of the 2nd annual Winter Weekend Jazz Festival, presented in partnership with Waterloo’s Jazz Room.

Moe Koffman will forever be remembered as The Swinging Shepherd. Bernie Senensky played piano with Canada’s master of the flute and sax for more than 20 years. He makes a welcome return to the Registry for this tribute featuring acclaimed flautist Bill McBernie and members of the original Moe Koffman Quintet.

Mary-Catherine Pazzano performed one of her first jazz concerts at the Registry a few years back, and is now one of the community’s foremost jazz vocalists. She returns with her trio to pay tribute to the great song composers of jazz. The Phoenix Quartet completes the double bill with new original tunes by Phoenix pianist John McLelland, with Pazzano on vocals.

Don and Jeff Breithaupt are among North America’s finest songwriters in the tradition of the Great American Songbook. Their family has a historic name in Kitchener. The brothers return to their ancestral home for two nights, featuring an orchestra and an array of local vocalists who will put their unique spins on the Breithaupt Brothers Songbook.

Dance at The Registry

Dance at The Registry continues its commitment to nurturing contemporary dance and developing audiences for Canadian dancers and choreographers. Registry general manager Sam Varteniuk curates the novel Pay-As-You-Leave ticketing option which allows audience members to experience contemporary dance before determining the value of the experience.

Sir Ernest Shackleton’s expedition to Antarctica comes to the Registry stage. Blue Ceiling Dance artistic director Lucy Rupert unites with internationally renowned ballet choreographer Peter Quanz. They perform, along with dancers Elke Schroeder and Sky Fairchild-Waller, an investigation of Shackleton’s account of a disembodied presence who guided him through a near-death experience in his disastrous 1914 Antarctica expedition. Using Shackleton’s memoirs and the collaborators’ personal experiences, the work follows Blue Ceiling’s path of passionate, imaginative and vulnerable performances, with original music by Jascha Narveson and Walter Frank.

Old Men Dancing are back with a program of greatest hits, plus new work. Dances by some of Canada’s leading choreographers, new works include the intriguing titles Revisit, Older and Still Moving and We’re here . . . let’s dance.

The VOC Silent Film Harmonic is a group of area musicians whose approach to accompanying silent movies is explained by bassist and group leader Ted Harms. ‘The blockbuster movies of the 1920s came with symphonic scores and big-city theatres had their own orchestras. However, most film music was supplied by pianists or small ensembles that worked from classical themes or cue sheets of generic-themed music serving as the basis for improvisations. This is the tradition that the VOC pursues.’

October 27
A Page of Madness

A 1926 Japanese avant-garde classic. Directed by Teinosuke Kinugasa, this tale of insanity in a family is explored using many of the new, innovative film techniques of the day including rapid montage. Lost for decades, Kinegusa found the film in his garden shed in 1971.

This seminal 1921 Swedish horror film was directed by and starred Victor Sjöström, who also wrote the screenplay. One of the leading European filmmakers of the silent era, he returned to acting with the advent of talkies. This film was a major influence on Ingmar Bergman, who cast Sjöström in his 1957 classic Wild Strawberries. The figure of death who collects the deceased in his carriage would re-appear in Bergman’s landmark film The Seventh Seal.

VOC Plays The Movies is introduced by Andrew Hunt, Associate Professor of History at the University of Waterloo.

Canada’s most exciting comics perform eight evenings over the season.

From Them to Now, with his blue-eyed soul vocals and multi-instrumental talents, the local blues artist pays his respects to Van the Man.

Submit your one-act plays by November 18 for the chance to have it workshopped, developed and staged. There will be a call for directors, actors, designers and stage crew in early 2017.
See details at kmdrama.org

Tickets at Centre in the Square Box Office
phone at 519-578-1570, online at www.centreinthesquare.com and at the door