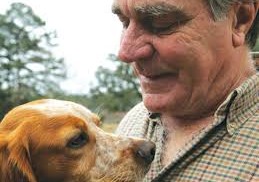 Ponds and rivers have inspired some of America’s finest nature writing.

Henry David Thoreau’s Walden and A Week on the Concord and Merrimack Rivers and Annie Dillard’s Pilgrim at Tinker Creek readily come to mind. There’s also accomplished New England poet Donald Hall’s Here at Eagle Pond and Seasons at Eagle Pond, among many others.

Guy de la Valdène’s On the Water holds its own in such esteemed company. Although I enjoy reading thoughtful meditations on natural history, I was lured to the memoir by its subtitle: A Fishing Memoir. 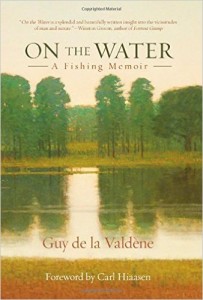 If you as a reader suffer from inverse snobbery, Valdène is easy to dislike. He’s not only a wealthy and privileged Old World aristocrat, but a constant reminder that the rich really do live differently than the rest of us. Nonetheless, his writing trumps class prejudice and money envy. Valdène is an elegant stylist. Reading him is akin to sharing a conversation over a pint in a country pub with a close friend who has thought deeply about the life of nature and the nature of life.

Like all good nature authors, including those who write about hunting and fishing, Valdène is a keen observer who pays close attention to minute details. Armed with an insatiable curiosity about nature and humanity’s relationship to nature, he intuits universal truths revealed through particulars. He’s also given to philosophical rumination, which is learned but not pedantic.

I enjoyed his secular hymn to hunting The Fragrance of Grass, even though I have not held a rifle or shotgun in more than four decades. Consequently, I eagerly anticipated On the Water, which acts as a companion to the earlier memoir. And I was not disappointed.

Valdène oversaw construction of a 27-acre pond on his 800-acre farm in northern Florida. It has become his still point of the turning world (with thanks to T.S. Eliot). The memoir provides a carefully observed record of the cycle of the pond’s abundant life through the seasons.

Valdène’s masterfully crafted meditation on water is intimately connected to his love of fishing, which he acquired growing up on a rural estate in Normandy before relocating to America in his late teens. He was an avid fly angler for 35 years. No longer a purist, he now fishes when circumstances dictate with artificial lures, even live bait, in addition to fur and feather.

Here’s a representative sampling of his thoughts on the connection between his pond and fishing:

‘The mood of water adjusts itself to the change of seasons, the turn of the moon, the weather, and, perhaps most important, the mind-set of the person fishing it. Ponds don’t generate the misgivings or the infinite reach that lakes or oceans or even the tumble of rivers arouse, but, complicit in the fishing and hunting exploits of man, they are forever an invitation to adventure. Ponds act as canvases for the sun, landing strips for the moon. . . . Every child has a pond he visits, if not physically, certainly in his dreams; a pond that, if he is lucky, he returns to as an old man.’

Valdène’s angling of choice for many years was salt water, whether in the Bahamas, Florida Keys or South America, fishing for permit, bonefish and tarpon. Nonetheless, the essays I enjoy most deal with trout fishing in Montana with American writer Tom McGuane (author of The Longest Silence, one of the great books on fly fishing) and fishing for salmon in New Brunswick and Iceland.

I also enjoy his raucous exploits with American author Jim Harrison (Legends of the Fall fame), American writer/painter Russell Chatham and McGuane. ‘What I remember best about those decades (when the four friends fished together) was the laughter. Everywhere and anywhere, we laughed and laughed and laughed.’

Valdène celebrated his partying/fishing/hunting compadres when they were all much younger in the classic cult angling documentary Tarpon. Filmed in Key West in 1973 and featuring the late Richard Brautigan in addition to the aforementioned literary rascals, the film, directed by Valdène, was the first of its kind in what has become a vibrant sub-genre of filmmaking. And like his old buddy Harrison, Valdène is both a gourmet and gourmand when it comes to exotic fish and wild game. 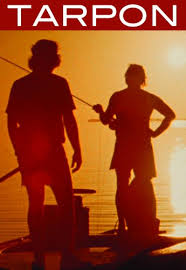 Regardless of angling destination, it’s Valdène’s insights into the nature of fly fishing that cause my heart to sing while reading such passages as:

‘The more accomplished casters understand that haste is not a fundamental component of fly fishing. Staged within a rhythm dictated by history and circumstances, the artificial flight of a fly is meant to embody accuracy and temptation. A slow cancelation of gravity, a cadenced motion that matches the stroke of a scythe cutting wheat, the cast originates from an old and beautiful tradition of men and women eager to entice a fish using the feathers of a bird. The motion of the fly rod is designed to stir life into feathers, positioning them in a horizontal runway in space where the fly takes flight and is sustained like a guitar note — once, twice, three times — as it gathers speed and direction until, finally released, it sails to a place where fish swim.’

I doubt whether the mechanics of casting a fly rod have ever been more gracefully expressed.

On a sour note, considering On the Water is published by Lyons Press, the leading publisher of fly angling literature in the world, I was more than a bit perplexed when legendary Lee Wulff appeared as Lee Wolf. The memoir, however, is too good to end so discordantly, so here’s a final rumination:

‘When the enthusiasm of an angler toward the wonder, order and harmony of nature takes precedence over the numbers and size of his catch — and if it is the angler’s choice to mostly fish alone — the experience develops into a form of meditation.’

In addition to On the Water (with foreword by popular Florida-based writer Carl Hiaasen) and The Fragrance of Grass, Valdène has written Red Stag, an elegant coming-of-age sporting novel set in Normandy, and two other non-fiction books — For a Handful of Feathers and Making Game: An Essay on Woodcock.