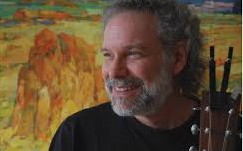 Legend in the Making

The first time I heard John Gorka I didn’t recognize the voice. It was 1990 and my bride and I were honeymooning amidst the fall colours of New England — one of my favourite places on this holy earth. One afternoon we dropped into a music store in some picturesque town in Vermont or New Hampshire, where we heard a warm, rich baritone floating among the Gibson and Martin guitars and vintage banjos, fiddles and mandolins.

We weren’t familiar with the voice, but my new bride and I agreed we would not leave the store without a cassette — remember the audio technology that preceded CDs? — of the unknown singer. One song on Land of the Bottom Line was particularly compelling because I was sure it was about the late Stan Rogers, even though the Canadian folk legend wasn’t mentioned by name.

Sadly, my marriage ended a few years ago, two years shy of two decades. Happily, John Gorka is still going strong. In fact, the Minnesota-based singer/songwriter was visiting Kitchener in early October, 2014 to launch the ninth annual Folk Night at the Registry.

This wasn’t Gorka’s first trip to Kitchener. In the spring of 2007 he performed an On Stage concert at Centre in the Square. He was introduced to the area before that, appearing at Maryhill’s Commercial Tavern in 1993, the University of Guelph in 1994 and the Hillside Festival in 1999.

I arranged to talk to Gorka, one of my favourite contemporary singer/songwriters, in advance of his Folk Night appearance. I had interviewed him a couple of times previously and had enjoyed both occasions immensely. He’s funny, gracious and generous. He’s genuinely nice — if that doesn’t come off as too sappy. He has a slight stutter or hesitation when he speaks, not because of an impediment, but because he gives careful consideration to what he wants to say and how he wants to say it — often self-deprecatingly. When you ask him a question, he extends you the courtesy of thinking before answering. This is rarer than you might think in the entertainment biz where everyone has an agenda, is pushing a product or championing an expendable commodity.

The New Jersey-bred artist said he enjoys performing in Canada. He even compared where he lives near the St. Croix River to Canada. ‘I love the natural beauty,’ he confirmed over the phone from his home outside Minneapolis-St. Paul. ‘I like the people; they’re nice, open and pleasant to be around.’

This might come across as common politeness, but Gorka’s previous trips to this part of Ontario were far from pleasant. I know because I was there. The first time was when he performed at the Commercial Tavern mid-week during a major snowstorm in the middle of a particularly nasty January. Predictably, you could count the number of hardy patrons on two hands — including my wife and me — but that didn’t discourage Gorka from playing as if he were standing in front of a sell-out audience at Massey Hall.

You can blame bad luck on an inhospitable Canadian winter. But how about when Gorka made his main appearance at the Hillside Festival? He was the first to perform, minutes after festival organizers confirmed that a young man had just drowned in the conservation area lake, leaving festival goers stunned.

He handled the occasion with characteristic grace and dignity. ‘My mother warned me there would be days like this,’ Gorka observed before launching into his set before an understandably subdued and distracted audience.

The first time I heard Gorka, he was a young, single artist just beginning to make a name for himself with a couple of albums notched on his song belt. Now married with two elementary school-aged children, he’s celebrated as one of America’s most esteemed acoustic recording artists, with a dozen solo albums to his credit including his most recent Bright Side of Down (on the venerable Red House Records). 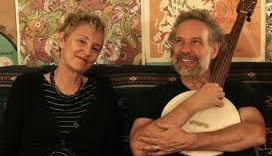 When asked how his life has changed over the last quarter century, he immediately pointed to family. ‘Getting married and becoming a dad changes everything. When I was younger, I used to think ahead a week or two. When I became a father, I started thinking decades ahead.’

Gorka’s resonant baritone has been praised by music commentators from the start. I don’t want to get into trouble with people who are not especially tall, but Gorka has the voice of a big man. What I’m really trying to say is he has a BIG voice.

He’s also a masterful songwriter. He’s one of the few contemporary folk singers who can write whimsical or fanciful songs without sounding precious or cute. He can also write sad songs occasioned by the pain of errant love.

When he was an emerging songwriter, he worked on songs in the morning. ‘I would wake up slowly and monitor the thoughts and images that emerged. I’d wait until the song presented itself.’ A pair of early risers modified his writing schedule, but didn’t change his focus and approach to songwriting. ‘Songs can come from anywhere, at any time. I try to be ready to receive them, then I get out of the way. A song knows what it wants to be better than I do. I try to make a clearing so it can make its way into the world.’

Gorka customarily works on lyrics first. He lets words sit for a while in a notebook. ‘It’s a form of intentional neglect after an initial burst of writing. If true feelings attach themselves to the words, I know they will take on an independent form of life. If I get a few verses down, I always come up with the music afterwards.’

Gorka pays homage to the late Bill Morrissey on Bright Side of Down. A celebrated singer/songwriter and avid fly angler with a fatal alcohol problem, Morrissey died July 23, 2011. Gorka remembers his friend with a cover of She’s That Kind of a Mystery, in addition to an original tribute Don’t Judge a Life. ‘I wanted people to remember Bill as a great writer and artist rather than as a man who died young. He was a great personal friend.’ Gorka’s touching tribute ends:

Don’t judge a life by the way it ends
Losing the light as night descends
A chance to love is what we’ve got
For we are here and then. . .
We’re not

As it turned out, the song I heard way back in 1990 that I thought was about Stan Rogers was indeed a tribute called That’s How Legends Are Made.

Before Gorka became a recording artist he was a sound man in a coffeehouse in Bethlehem, Pennsylvania, where Rogers and his brother Garnet regularly performed. The aspiring singer/songwriter befriended the Rogers brothers. Moreover, he and Garnet remain close friends. Both knew Morrissey well and both wrote deeply moving memorials in song to the tormented New England songwriter.

During one of many conversations I’ve had with Rogers over the last 30 years, he confirmed that, in his estimation, That’s How Legends Are Made was the most honest, authentic and truthful tribute his brother ever received. And Garnet has no truck with the self-serving myth makers who circle his brother’s memory like black ravens. Here are the lyrics:

So long, it was nice meeting you
But how do you get back
To Route 22
From Here

They came in high
And they came in low
Worn by the miles
And fresh from home
Hard work, magic
Then some tragic end
And so a legend begins

Listen to a studio track of Gorka singing in praise of Stan Rogers with a voice equal in tone and timbre to the legend himself. Can you image how thrilling it was to hear this unknown voice for the first time? I still get prickles on the back of my neck thinking about it.