In the Moment – In the Hands

I last spoke to Don Ross four years ago when he made his One Night Only debut at the Registry Theatre. His return November 26 (a week after his 56th birthday) to Kitchener’s thriving performing arts venue constitutes his Second Night Only appearance.

Prior to his inaugural Registry concert it had been a decade since the award-winning Canadian, steel-string, fingerstyle, acoustic guitar virtuoso/composer/songwriter/vocalist performed in the area.

When he made his Registry debut he was living in his hometown of Montreal with his second wife — PEI-bred singer/songwriter Brooke Miller — and children after hanging his guitar in Halifax for a while. He has since returned to Halifax.

I first became aware of Ross in the mid-1980s when he was making big strides into the music biz in Toronto as a solo artist, duo with first wife Kelly McGown (who died of cancer) and member of both Harbord Trio (with McGown and late violin ace Oliver Schroer) and Eye Music, a New Age jazz quartet.

He made his mark as an instrumentalist before he started singing professionally. The only Canadian musician to win the U.S. National Fingerstyle Guitar Championship twice (1988, 1996), he’s in a league with the very best Canadian roots guitarists, whether Amos Garrett, Colin Linden, Bruce Cockburn, Stephen Fearing, Jesse Cook or Matt Anderson. His fingers, on both right and left (guitar neck) hand, are lightening quick. And his percussive style, augmented with open tunings and harmonics, makes for an immediately recognizable style which he calls ‘heavy wood.’

His instrumentals and songs range over the roots spectrum of folk, blues, jazz, Latin and contemporary singer/songwriter. His warm voice has an ear-pleasing bluesy hue.

More recently, but not lately, he toured and recorded with the six-string, acoustic-guitar supergroup Men of Steel (with Elora Celtic guitarist Tony McManus, American bluegrass maestro Dan Crary and Italian guitarist Beppe Gambetta). He has released 20 albums since 1989 spanning solo and duo, in addition to a couple with Men of Steel (Live: The Art of the Steel-String Guitar and Four Way Mirror) and one with Harbord Trio (Circle of Stone).

In addition to interviewing Ross a couple of times over the phone, I conducted a live, off-camera interview in 1994 for Listen Up, an award-winning, 39-part program originally broadcast on VisionTV. At the time he had released his trio of Duke Street albums (Bearing Straight, Don Ross, Three Hands).

The premise informing the half-hour show was to examine how spirituality influences and shapes the music of Canadian singer/songwriters and groups bridging a range of genres. Needless to say, Ross felt right at home with the subject.

A multicultural artist of Scottish and Mi’kmaq ancestry who graduated with a bachelor’s degree in music composition from York University, he studied philosophy at St. Hyacinth College & Seminary while living at San Damiano Friary in Massachusetts before serving his novitiate at the Conventual Franciscans of Immaculate Conception Province at St. Francis Friary in Staten Island, NY.

‘A spiritual component permeates everything I do,’ he observed, adding he tries ‘to celebrate more often than not’ through his music. ‘Even the instrumentals are mini celebrations in music.’

‘I’m not political or angry,’ he offered. ‘I’m a pretty content person. I always try to point towards hope’ by offering ‘a positive outlook… an affirmation.’ 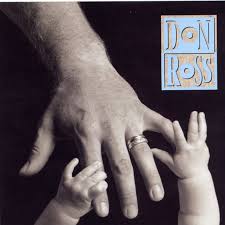 He explored the concept of hope in the context of the so-called Oka Crisis. The historic land dispute, involving an incendiary standoff between a group of Mohawks and the town of Oka, Quebec, attracted headlines in the summer of 1990. It was still a fresh wound when we talked. Ross referred to the crisis throughout the interview beginning with his observations about Spirit Wars from 1992’s Three Hands:

Down here in this world of chains
One man’s loss is another man’s gain
There’s a broken half that makes us whole
We’re all comrades in the spirit wars.

Comrades in the spirit wars
Broken half that makes us whole
I will never forget what I already know
We all have a common soul.

Remember the time we all were slaves
When our only reward was an early grave
Our spirits lived behind closed doors
Like a lighthouse burning out in a storm.

Remember the time we all were kings
Hoarding power and material things
Wealth enough to dim the stars
From those days we bear these scars.

Remember the time we all were free
There was no distance between you and me
Power of god renew our souls
Like light pouring out from an empty bowl.

After observing that the song, written by Geoff Bartley, is about ‘overcoming boundaries,’ Ross confided that it touched a personal nerve because ‘it was true to my experience as a Native person in Canada.’

He goes on to explain that an original song from the 1992 album, A Child Must Grow, is a metaphor for First Nations peoples. ‘It’s about making truth out of a lie.’

Whether through song lyrics or instrumental compositions, Ross’ goal remains simple — communication: ‘I try to communicate, with or without words.’

Note below: Don performing at the Registry Theatre with Waterloo guitar whiz Kevin Ramessar. The instrumental is Dolphins, written by Mike Marshall, one of America’s great string players and composers.