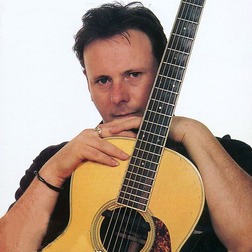 Guitar Virtuoso with an Acoustic Soul

I knew of Tony McManus as one of the world’s premier acoustic, fingerstyle guitarists before he moved to Elora, the village that’s also home to Kevin Breit, another world renown guitarist.

After interviewing McManus in advance of occasional area concerts, album releases and annual master guitar workshops conducted in his hometown, I discovered how nice the down-to-earth, transplanted Lowland Scots was as a person.

I count myself as one of the lucky ones to have attended McManus’ Registry Theatre debut in 2010. Ditto for his One Night Only: Live at the Registry concert in 2017. Lawrence McNaught, the Registry’s big-eared program director, reported he had been trying for a couple of years to get McManus back. 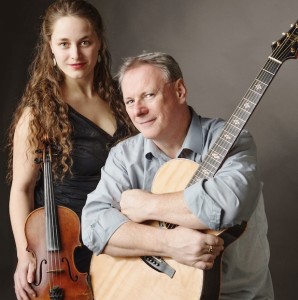 Developing a unique voice on such a popular instrument is no small feat, but that’s exactly what the fiftysomething guitarist has done as a solo artist and ensemble member, much-in-demand studio musician and teacher (his instructional videos are excellent). Perhaps it’s the result of devoting himself to the instrument at an early age and teaching himself its intricacies while nurturing a deep love of traditional music.

In his hands the complex ornamentation normally associated with fiddles and pipes are transferred to guitar in a way that preserves the music’s integrity and emotional strength. Although acknowledged as one of the world’s most accomplished Celtic instrumentalists, his virtuosity spans the roots spectrum as well as jazz and classical music. McManus’ dancing fingers know no bounds, no borders.

McManus abandoned academia in his twenties to pursue music full time. The session scene in Glasgow and Edinburgh provided the springboard for gigs around Scotland that led to a studio set for BBC Radio.

It was with Ceol More, his 2002 release, that his stature reached the highest level. Critics celebrated the focused, captivating nature of the music, from the plaintive Jewish hymn Shalom Aleichem to the innovative arrangement of the Charles Mingus classic Goodbye Pork Pie Hat. Nominated as Musician of the Year by both the BBC Folk Awards and Scottish Traditional Music Awards, McManus also made the Critic’s Album of the Year list in Acoustic Guitar magazine.

On his 2009 release The Makers’s Mark he showcased 15 of the finest custom-built guitars available. Recording a solo piece on each instrument, the project attracted the attention of the mainstream rock guitar press in a way acoustic work rarely does. (He brought some of these master instruments to the Registry in 2017.)

The following year, a chance hearing on Irish radio led to an invitation to contribute music to the soundtrack of Oscar-winning director Neil Jordan’s film Ondine, starring Colin Farrell.

McManus’ latest album Mysterious Boundaries is his most ambitious yet. A playful challenge from American mandolin virtuoso Mike Marshall to learn Bach’s E Major Prelude on guitar initiated an exploration of classical and baroque music — including a remarkable rendition of Bach’s colossal Chaconne in D Minor. Talk about expanding boundaries or pushing the envelop!

By transcending genres and styles with his steel-string guitar (rather than conventional nylon-string classical guitar), McManus has produced a work of originality and beauty, hailed by his peers as ‘a masterpiece’ (John Renbourn) and ‘beyond beautiful… it’s PERFECT!’ (Tommy Emmanuel).

McManus maintains a hectic international touring schedule. He’s invited annually to the Chet Atkins Festival in Nashville and has appeared at music and guitar festivals in France, Italy, Germany, Australia, as well as throughout Scotland, Ireland, England, Canada and the U.S. In 2004 he appeared at Nashville’s famous Ryman Auditorium in an All Star Guitar Night headlined by legendary Les Paul and featuring Steve Morse, Bryan Sutton, Muriel Anderson, Béla Fleck and Victor Wooten.

As a studio musician McManus has contributed to more than 60 albums, featuring both singers and instrumentalists. Although known primarily as a guitarist, he’s a warm, low-key vocalist which complements his  cosy stage presence.