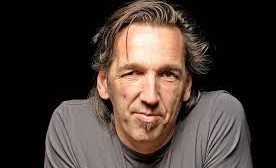 The clock is ticking down on a pair of complementary events roots music fans and aspiring roots musicians will not want to miss.

Stephen Fearing is visiting Waterloo on Friday (September 25) for an evening concert at First United Church following a rare songwriting workshop in the afternoon at the Button Factory.

The acclaimed singer/songwriter/guitarist is well known to area music aficionados, having appeared many times at Waterloo’s Princess Cinema and the Hillside Festival at the Guelph Lake Conservation Area. Fearing lived in Guelph for more than a decade before relocating in Halifax.

I have reviewed the majority of Fearing’s albums and I have never had anything but praise to offer. As well, I have interviewed him many times over the past 25 years and he has always been honest, self-deprecating and funny. He is generous and open.

The multiple Juno Award-winner is one of Canada’s most accomplished roots artists, whether performing solo, in a duo setting with Irish-bred singer/songwriter Andy White or as one of the musical compadres comprising roots supergroup Blackie and the Rodeo Kings (along with Tom Wilson and Colin Linden).

Like Linden and Wilson, Fearing has great respect for Canadian songwriting, past and present.

Few acoustic artists have Fearing’s charisma as a vocalist with a weathered baritone and power as an acoustic guitarist with a style as immediately recognizable as Bruce Cockburn’s.

The concert will undoubtedly feature songs from Between Hurricanes, released in early 2013. Fearing’s previous solo offering Yellowjacket was released in 2006. The latest album features 10 songs written or co-written by Fearing with a bonus cover of the Gordon Lightfoot classic Early Morning Rain. The record was co-produced by John Whynot, who has worked with Fearing on numerous Blackie and the Rodeo Kings albums.

The workshop is a rare opportunity for a dozen individuals to participate in a day long session devoted to the craft of songwriting from one of Canada’s best.

Songwriting Workshop with Stephen Fearing
September 25,10 am through 3 pm
The Button Factory
Regina Street, Waterloo, ON