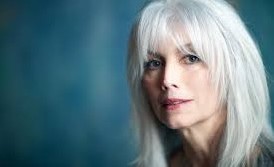 Beauty Lies in the Boulder to Birmingham

Emmylou Harris is a beauty.

Yes she’s physically beautiful. She also has a beautiful voice.  She’s a beautiful interpreter of other writers’ songs. She’s a writer of beautiful original songs. She harmonizes beautifully with singers of all ranges and styles.

Notwithstanding her beauty, Harris is one of the most respected and influential artists in American popular music over the last half century. The voluminous gold and platinum albums, plethora of music awards (including multiple Grammys) and myriad honours (including induction into the Country Music Hall of Fame) don’t come close to capturing the essence of her artistry, which spans folk, country, rock, gospel, blues and pretty much everything else in the American songbook.

In order to appreciate the artist, you have to look beyond her graceful elegance, angelic voice, songwriting prowess or interpretative mastery. You have to look beyond the legendary artists with whom she has worked, embracing musicians, producers and duet partners, not to mention songwriters.

The essence of Harris the artist is revealed in the songs themselves, whether written with her own pen or in creative partnership with others. This observation came to me in 2009 when she debuted at Kitchener’s Centre in the Square. I was covering arts and entertainment for the Waterloo Region Record, and the chance to interview Harris was one of the highest of career peaks in over 40 years of newspaper journalism.

Artists of extraordinary achievement pose a special challenge for journalists. You don’t necessarily want to confine your interview to the latest album, book, play, exhibition or performance. I was stymied when I began thinking about the questions I would ask. I knew I wouldn’t have more than 30 minutes on the phone with Harris from her country home outside of Nashville. And I didn’t want to insult her by reciting the standard list of prepared routine questions that would invite impatient routine answers. She deserved better.

Then it occurred to me that I would ask her about one beautiful song and then try to interpret or analyze it like a poem. I knew this wouldn’t be what average newspaper readers would expect or want, but I didn’t care in this particular instance. I wasn’t going to blow the opportunity of talking to one of America’s great artists by concentrating on career trivia.

I started the article by sketching an outline of her writing career. She first revealed her brilliance as an emotionally penetrating songwriter in 1975 when she co-wrote Boulder to Birmingham. Her gifts resurfaced occasionally as with Prayer in Open D, released in 1993 on Cowboy Prayer. Emboldened by the encouragement of Hamilton’s sonic genius Daniel Lanois, who produced the seminal Wrecking Ball in 1995, Harris began writing more.

Her songwriting achieved a high level of artistry, as evident with I Will Dream, a devastatingly heartbreaking ballad from 2003’s Stumble Into Grace, co-written with longtime collaborators Kate and Anna McGarrigle. But to get to the heart of Harris’ songwriting I went to one of my all-time favourite ballads. Equal parts prayer and hymn, Bang the Drum Slowly was co-written with Guy Clark, one of America’s great songwriters who moved from Texas to Nashville in the 1970s. Harris rightly refers to Clark as Nashville’s Poet Laureate. The song was released in 2000 on Red Dirt Girl. 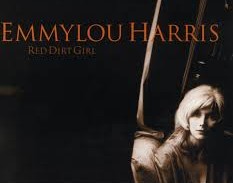 Harris seemed grateful to have the opportunity to talk about the song occasioned by her father’s death. ‘It was a difficult song to write,’ she conceded. ‘I was dealing with a deep sense of loss and grief, but I wanted to honuor him honestly without airbrushing. He was an extraordinary presence in my life. I wanted to honour him both as a soldier and as a father.’

Harris, who shares her father’s love of animals, described him as ‘a gentle person’ who ‘had a deep appreciation of life. I saw how he conducted himself without bitterness through all the disappointment and damage. He showed me the courage it takes to live one day at a time.’

The melodic eulogy begins with a casual statement any daughter might make about any father: I meant to ask you how to fix that car.

The song gently moves to the subject that haunts all daughters (and sons) of fathers damaged by war: I always meant to ask . . . what you saw across a bridge too far, Did it leave a scar.

The line references A Bridge Too Far, an epic 1977 war film based on Cornelius Ryan’s 1974 book of the same title. Then the song takes flight, leaving the mundane world by acknowledging her father’s military service: Or how you navigated wings of fire and steel, Up where heaven had no more secrets to conceal.

‘He was a pilot of one of the most dangerous planes ever built,’ Harris explained. Then the song returns to earth, the final resting place that beckons throughout the song: And still you found the ground beneath your wheels.

The chorus is a blend of mournful funeral dirges. Bang the drum slowly play the pipe lowly is derived from The Streets of Laredo, a version of an old British ballad otherwise known as The Cowboy’s Lament.

To dust be returning from dust we begin recalls a line inspired by the burial rite from The Book of Common Prayer when earth is ceremoniously cast on the coffin as it is lowered: Bang the drum slowly I’ll speak of things holy, Above and below me world without end.

The song then moves into an interior landscape — emotional, psychological and spiritual. We enter territory so tender and intimate it can be expressed only through metaphor:

The daughter’s profound respect for her father’s moral courage and ethical strength is made palpable: I meant to ask you how you lived what you believed, With nothing but your heart up your sleeve.

Which is followed by gentle, self-deprecating humour: And if you ever really were deceived, By the likes of me.

Then comes the subtle reference to Taps. Composed by a Union brigadier general in the American Civil War, it became so popular it was adopted by both Union and Confederate forces: Gone now is the day and gone the sun, There is peace tonight all over Arlington (where her father is buried).

The artist expresses her deep gratitude to the source from which her art springs: But the songs of my life will still be sung, By the light of the moon you hung.

Then come lines referring to the eternal cycle of growth, sustenance, death and regeneration:

My father was a gardener,’ Harris said in a quiet voice. ‘He respected the land.’ The apple doesn’t fall far from the tree, father and daughter.

Despite the affirmation of a good life lived by a good man, you sense the song was inspired by the regret of a daughter who failed to tell her father how much she loved him.

I know the bittersweet feeling intimately. I was unable to tell my dad — when he was lying in hospital after a stroke that would prove fatal — that I not only admired and respected him (he was a firefighter for 35 years), I loved him. I had the same problem telling my mom, who was bedridden and withering away from the complications of advanced age, that I loved her. The silence continued.

The soulful artistry of Bang the Drum Slowly lies not only in the eloquence of what is said, but in the sorrow of what remains unsaid. In the final analysis, the elegy in song is a daughter’s love letter to her deceased father. It expresses the bright love that illumines the dark grave.

Throughout her glorious career Harris has written and sung about the sadness and grief we all experience as a condition of living, but lack the words to express. When you survey her 30-plus albums you find a common theme — the thoughts the great English poet William Wordsworth immortalized as lying ‘too deep for tears.’

If you are unfamiliar with this inexpressibly beautiful song, please do yourself a favour and listen closely and attentively. Listen to it over and over. Its incantatory rhythms and haunting lyrics comfort aching hearts and soothe restless souls. Emmylou Harris speaks for all of the voiceless who keep anxious vigil over those they love who slip not-so-gentle into that good night.